Manchester’s Claro Intelecto is back to release his third full-length album, Reform Club, on Delsin Records. Throughout his career, the man known as Mark Stewart has always created lush deep house and techno soundscapes awash with dubby undercurrents. This new album deals in all the usual moods and textures you’d expect from Claro Intelecto… it’s warm and cuddly, comforting and inviting right from the first track, despite the rough edges and well defined analogue details which pervade throughout.

Kontra-Musik launches a new White Label series. The sound is a bit rougher and punky but still with quality and uniqueness as main focus. First release is from the trio Frak.

Montreal-native Tazz delivers New Kanada three jacking and psychotic beat trax. Tazz and Bacanito unravel the threads of aggression in the lead cut ”Cosmic Sex”. Metallic heavy machine funk for those winter nights. ”Wanderer” is a late night ode to Model 500, with waves of synths burrowing into the ground to produce a dark wave classic. Cold, pure and supple. ”Mermaids and Mermen” is is the tough club killer in the package. A deep tricky dub transforms into an underwater symphony of rusted hooks and FM pad. 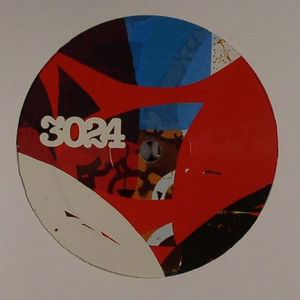 Redshape with two tracks on 3024. A-Side ‘Throw In Dirt’ opens with vintage drum machines locked into a stooped groove as hi-hats spark off the top while a heavily filtered and pitched vocal loop offers dead eyed encouragement. After such an oppressive opener, ‘The Land’ is a noticeable change of pace. A horizon spanning kick underpins gospel’ish vocal snatches as the familiar hissing of synthesized cymbals shifts and builds on top of bass that’s more shudder than line.