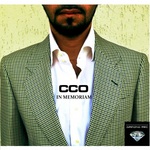 Few can match BBE when it comes to the funk and disco compilation stakes – the label’s been issuing killer compendiums curated by some of the finest and most eminently knowledgeable DJs and diggers since the mid 90s. Soul In The Hole sees them hand the controls to Sadar Bahar, Chicago based DJ described by BBE as the city’s “best kept secret”, one of the most sought after DJ’s in the world of soul, funk and disco. Together with Lee Collins he selected 12 tracks for this compilation, all rare treasures, traversing through a colourful range of funk, soul, disco and boogie, with Frederic Mercier’s “Spirit” a real gem.

Although he started his career back in the early 2000s and has links with Moodymann’s Mahogani Music label, Andres’ profile has increased of late thanks to a string of brilliant EPs for M1 Sessions and his own La Vida . The time is surely right, then, to drop his first commercially available mix CD. As you’d expect, it’s firmly rooted in soul, effortlessly joining the dots between disco-funk, jazz, slow jams, global beats and summery Latin flavas. Opening with the Universal Robot Band’s impeccable “Dance and Shake Your Tambourine”, Culture Shock sits somewhere between a particularly good radio show and a dancefloor-bating mix-up, making it perfect for home listening. It also includes Gilberto Gil’s disco era samba classic “Toda Menina Baiana”, which is never a bad thing.