Expansive, discordant, deep house from Greeces newest electronic imprint Nous. The labels name hints at what to expect from this stable, exploring its own cultural heritage (the word means Mind in Greek) whilst looking at a future in which commonality and harmony need to take center stage. This debut release from the label navigates a curiously melancholy space in which the Motor Citys dissonant influence melds with a robust club sensibility, to construct a late night, eyes down, dance floor narrative. As well as a quartet of original cuts from the EPs author, Chicagos Hakim Murphy contributes a subterraneous take on the lead track that will no doubt charm fans of Theos Sound Signature or Rick Wades Harmonie Park. 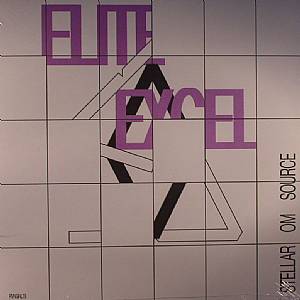 A heavy lead rhythm provides the foundation from which spiralling elements project. They coruscate, pulse with light and collapse inwards, until just the echoes of Dub2 are left. Rising from these depths, the sharpness of Distribution Theorys crisp hi-hats and snapping claps provide forward momentum to a series of stabs. The house element. Beginning as a mystery but ending as a certainty, the ethereal theme that opens Untitled Document gives way as it increases velocity, shaking and rattling under the strain. The apex. Hands reach, seeking, The elusive moment has already passed, all left is pure. Bliss. Circumflex kicks hard, a final statement of intent. Powerful. Corrosive. This is late night techno, played over a system on which the squelching acid-lines converge within the mind. The body jacks.

Perpetual Rhythms is a new Chicago label run by Nick Marshall, AKA Taelue and Victor Aguinaga aka Chicagodeep. This debut EP from the imprint features tracks by Taelue, Chicagodeep and Specter, and also hits us with a Linkwood edit.