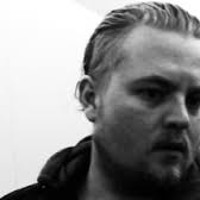 The second release features multi talented Uncanny Valley artist Jacob Stoy. His fascinating bassline cruiser “S51” from the UV 010 is being properly tuned by Monomood into a massive acid dirt bike racer, that leaves torn soil behind. On the B side you get another deep techno mover called “Dominate” as well as a detroitish and dubby remix by Jacob Stoy.

Berlin/Zurich based label Tardis is back, enthusiastically dancing out of the studio into the dawn of a much wished-for summer. For their second release, Tardis has enlisted Paul Mac aka Jorge Zamacona who hoists in not one but three rough house killers.

FunkinEven’s Apron imprint next release will be the first not to come from FunkinEven himself, and will be sourced instead from 19 year-old Miami producer Greg Beato. “Respect The 78″ pairs crunchy kicks with a noisily filtered arpeggio, “Let Em Know” delivers some smudgy yet powerful deep house, while “3″ finishes off with an abstract techno jam with all the rough sound of a badly scratched Chicago house 12″.

Earlier this year, Nick Hoppner stepped down from his role as Ostgut Ton label manager, handing the reins to Jenus Baumecker without a hint of self importance or grand standing. The reasoning behind this decision was apparently so Hoppner could dedicate more time to creative pursuits and this has delivered some swift results in the form of Red Hook Soil, a three track 12″ for the label he no longer oversees. The release is Hoppner’s first for Ostgut since 2011, though he’s been active in the interim period gracing Kompakt Extra and Echochord with aplomb. All three tracks on the Red Hook Soil see Hoppner in a four-four mood, with the title track venturing into uplifting, and in parts, melancholic fields of production that share a similar, only more textured feel to 2010?s “Brush Me Down” from the EP of the same name. The B-side is met with strains of Italo on the verging-on-epic “Bait & Tackle”, though Hoppner does move into tougher techno territory with a dryer and regimented track in “Decal”.