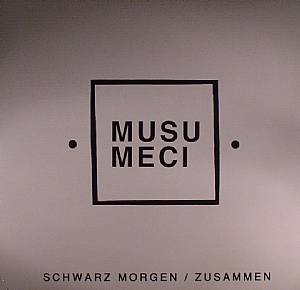 Mannequin Records presents one of the most rare and unknown Italian Minimal Synth bands from the 80’s. Musumeci were formed in Turin at the beginning of 1985, from an idea of Mauro M. (synthesizers – ex guitar player of Rude Pravo) and Franco G. (programming – ex noise maker of Errata-S-Corrige). The group was founded as a link and expression of various experiences, aimed, at least initially, to highlight the individual personalities of the members. The formation settles after six months of testing with the final entry of Laura G. (ex-keyboardist of Rude Pravo) and Paul C. (voice of K Position). Musumeci were playing several shows, preceded by long monologues in which find space rumorism, electrical scans, voices, screams, etc. Presented here are the two super rare demo tapes that Musumeci recorded in 1985 (“Schwarz Morgen”) and in 1986 (“Zusammen”), on their own label Zeltweg. 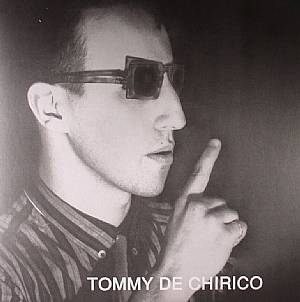 Mannequin Records is proud to present a true pearl of the Italian Minimal Synth from the 80’s. Tommy De Chirico founded the post-punk band Politburo in Turin during 1981 togheter with Maurizio Rubinetti (Sick Rose) and Massimo Aluffi (Ivan Siberia). On his own, he released the 7″ “Close Your Eyes / Flower Into The Factory”, produced and recorded at TKS Studio by the Monuments’ Mauro Tavella between 1982 and 1983 and subsequently released by Turin’s Shirak Records in 1984. Presented here are also 3 bonus demo tracks: a rare version of “Close Your Eyes”, and 2 out-takes from 1983, “Vuh-Ya” and “Tuxedo Dance”.

We are pleased to announce a strictly limited edition release of rare tracks by UK legends Hard Corps. Hard Corps were true innovators of the 1980s UK synthpop scene. Hard Corps gained some notoriety for their unique and uncompromising live shows throughout the 1980s. It was the juxtaposition between their hard edged industrial sound and the fragile and enigmatic vocals of French front woman Regine Fetet that created an unusual dichotomy, lending to their strength of character as a band and thus allowing them to stand out from the rest. By 1985 Hard Corps had signed with major label giants Polydor. This enabled the band to work with a couple of their favoured and respected producers, Martin Rushent (known mostly for his exceptional work with the Human League) and Depeche Mode producer and Mute Records supremo, Daniel Miller. These sessions provided the public with just one single due to the labels non-promotion, Je Suis Passée, a sweeping arrangement of breathtaking beauty, combining pumping sequences and sheer power of emotion of Regine’s voice. The band went on a major tour with The Cure in 1985 and Depeche Mode in 1988, before finally disintegrating. As a follow up to Clean Tables Have To Be Burnt (2012), Rarities compiles the outtakes and demos that were left behind. Tracks that truly never saw the light of day.

A 10” reissue of Blancmange’s seminal debut EP Irene & Mavis. Formed in the UK by Neil Arthur and Stephen Luscombe, Blancmange recorded the six songs on Irene & Mavis in 1979 and released it as a 7” EP in 1980. Irene & Mavis, though not exactly representative of what Blancmange later went on to become, is a fascinating relic that captures the gestation period of the duo, fresh out of art school and keen to experiment. The D.I.Y. sound of the EP fits right in there with the early output of Soft Cell, the Human League, and Cabaret Voltaire; but what separates it from those like-minded releases of the time is that its even more distinctly English. The Irene & Mavis EP is simultaneously pioneering, provincial, and surreal in its down-to- earth playfulness and lack of artifice. It stands out as an important record, capturing the mundane with modern electronics and remains as an artifact representative of the band before they went on to reach pop chart success.

The newly forged CGI label debuts with a 12″ release from Featureless Ghost, a Atlanta-via- Brooklyn duo hotly tipped with the online content farm after releases on the Crash Symbols and Night People labels. Describing themselves simply as ‘synths/rhythms/voices/moods’ the Featureless Ghost pairing of Matt Weiner and Elise Tippins occupy the crawl space between synth pop, wave, industrial and nascent forms of techno, which manifests itself in two intriguing original tracks in “Sugar coated” and “Cybersapien”. Kudos to CGI for the remix commissions too, with both Scott Fraser and Beau Wanzer excelling – the latter’s take on previous FG single “Flash” is a particular highlight here.