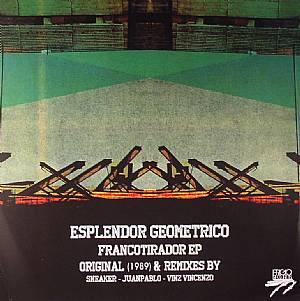 Frigio is very honored to release the biggest and most important Spanish electronic project of all times Esplendor Geometrico. From the early 80s until today, theyve been delivering the most authentic, raw and powerful industrial electronics you can hear Francotirador which means Sniper is a track recorded back in 1989 and this record includes original plus 3 remixes by Sneaker (who previously did a remix for Twilight Ritual), Juanpablo (head of Frigio Records) and Spanish producer Vinz Vincenzo.