END_OF_DOCUMENT_TOKEN_TO_BE_REPLACED

XDB returns on Dolly with the ‘Ganivon’ EP, the follow-up of his excellent ‘Recago’ ep from 2011. XDB is once again delivering the goods, with 3 top-notch contemporary techno tracks filled with his trademark hypnotic melodies, lush strings and solid groovin beats. Favourite is ‘Tonik’ with its classic Detroit-feel and special atmosphere. Berlin/Berghain based Answer Code Request is doing the remix job for ‘Ganivon’, resulting in an effective techno bomb which perfectly combines industrial techno elements with the Dolly feel. ‘Recago’ might have been hard to surpass, but XDB might just have done it.

Stephen Brown is an institution when it comes to cutting-edge Detroit Techno made in Europe. He has always been on top of the game since almost two decades and knows how to convince with his trademark hi-tech soul. His new release called Illuminace EP marks the return of Mojuba sublabel a.r.t.less and brings two killer tunes from the vaults of the Realtime label boss, while the a-side with SD1 aims clearly at the dancefloors of our beloved underground clubs, the b-side with Free & Easy comes along with a great portion of compelling emotions and funk.

Jacking techno tools by the boss! Quote Dj Deep: ‘Here are some tracks I have been working on recently. I hope you maybe will find some of them usefull!’ … we sure do! These will stay in dj-bags for a long time… 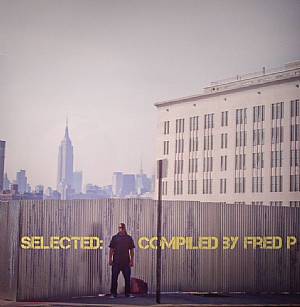 Selected pulls together material from mostly unfamiliar names like DeepJust AQuaBeaT, Bassik Grooove and Bobby O’Donnell, alongside a couple of established heads like Ryo Murakami, Aybee (as Orion 70) and Fred P himself, whose ”N.Y. (Selected Dub),” a reshape of an old jazz tune, rounds out the compilation. ”In the early days it was difficult to afford more than one or two records—I would buy compilations because the value was greater and I was exposed to artist that I might not have known about otherwise,” he says. ”When I think of compilations I think of Mix The Vibe, Soul Of Science, Trust The DJ and of course DJ-Kicks. I learned a great deal from these series over the years and developed my own ideas based on what I love to hear—thus Selected was born.” Released Soul People Music’s new sub-label, Boards.