Nine track LP of original material from Zoovox . Made with classic sounds of ana-digi machines of yore and filtered through some Norman Whitfield-in- Jamaica 3D psychedelic dub. Music to ride to the depths in your submarine, then climb tropical volcanoes with your gorilla pals.

Posted by hipodrome on September 6, 2015
Posted in: 001.Features. Tagged: disco, house, jonathan kusuma, love on the rocks. Leave a comment 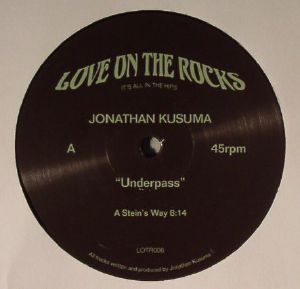 Love On The Rocks imprint is recruiting Indonesian Jonatahn Kusuma who steps up with two killer tracks of the Balearic kind. “A Steins Way” features an infectious synth bass melody backed by emotive strings, FX of the spacey kind and white noise; all that you need! On the flip is “Underpass’ with its low slung groove. A deep funky bassline and some spacey arpeggios are once again all you need to get any party started.