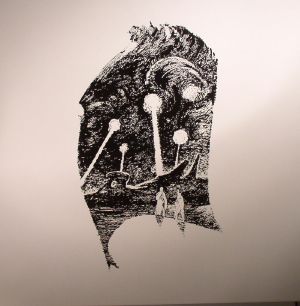 A fusion between Maoupa Mazzocchetti, DJ Coquelin and PD Cloarec.Dark, guttural, noxious analogue filth and noise experiments here loosely held together with some kind of nod to the dancefloor.

Berlin’s Kobosil made his debut on the Ostgut Ton off-shoot, Unterton, back in 2013 and the 12″ was received with mighty praise both within our headquarters, and from the techno community as a whole. He has now earned a spot on Ostgut’s main catalogue with the 91 EP – surely named after his year of birth. On the A-side, “Avernian” grumbles and punches its way through heavy kick drums and a sea of distortion, but “Athtar” ditches the beats and heads down the inevitable ambient-drone wormhole. Flip onto the B-side and you’ll find the alien-like sounds of “Konvergent”, alongside the more straight-laced slice-and-dice techno of “Per”.