Italian DJ and producer Manuel Fogliata hasn’t released a lot of records over the last ten years, but the few he has put out have always been worth tracking down. Perhaps best known for his work alongside Donato Dozzy in creating the much sought-after Aquaplano records at the tail end of the last decade, Nuel’s solo outings have been just as consistent and just as impressive. Whether taking on metallic electro or syrupy, bass-heavy ambience, Nuel’s attention to detail and his keen ear for a groove has made each release something to treasure.

Blair French – Through The Blinds [DSR/D2]

Michigan’s ambient and soundtrack specialist John Beltran introduces a new LP that will be co-released by Delsin and his digital only label Dado Records. Blair French aka Dial.81 is an experimental producer and visual artist who won an award for his score of Detropia–a documentary about his home city of Detroit–and now makes his ambient debut. As you would expect of such a project, it boasts suspensory and near spiritual pieces of ambient music with angelic chords and glassy textures. There are also more frosty cuts that sound like a chilly Autumn walk, tracks that feature emotive neo-classical piano pieces and suggestively rhythmic compositions that sooth your mind. The second half of the record touches on church like passages of synth heavy sounds, strikingly sad violins and lo-fi arrangements that sound, one hopes, a little like what you might hear as you pass from this life to the next.

Jordan “Jordash” Czamanski doesn’t put out many solo records, but when he does, they tend to be rather special. Certainly, that is the case with Lushlyfe II, the Rush Hour released collection of ambient and experimental downtempo. He begins with the drowsy ambience and watery sound effects of “Sweet Dreams” – a kind of experimental, instrumental lullaby – before capturing the weary confusion of early morning stumbles back from the party on the soothing, guitar-laden “Yetghua”. Even better is the oddly exotic, jazz-flecked fluidity of “Sus”, while closer “Bol” is little less than a mood-enhancing horizontal treat.

The Invariants are back with a new record in similar fashion. Synths to mess with the mind, hypnotising drums to stimulate the body. The A side features a jam in two parts supplemented by two acid filled cuts on the second side.

Mothball Record starts its 2016 release schedule with a bang by releasing their first LP. Originally produced in a tiny edition of only 100 copies back in ’87, this dark masterpiece from prolific Italian artist DECA finally appears as an official reissue on Mothball (in collaboration with Bordello A Parigi) remastered from the original tapes. “Synthetic Lips” is an absolutely diverse album spanning industrial, synth-pop, ambient and even elements of new age…some tracks will hit immediately and others will reward repeated listening.

A Visitor From Another Meaning – Lost Encounters I [BAP062]

Posted by hipodrome on January 30, 2016
Posted in: 001.Features. Tagged: a visitor from another meaning, alden tyrell, bordello a parigi, cosmic disco, italo-disco. Leave a comment

A Visitor From Another Meaning returns to earth, and vinyl. The Viewlexx veteran is back on our world with Lost Encounters I, four cuts from the vaults. Beamed in from a distant galaxy is the blazing brilliance of “Dance of the Happy Shadows.” Past film score greats immediately come to mind. Vangelis. Carpenter. Moroder. “I Rarely Talk to Strangers” pulses with crisp beats and rumbling arpeggios, cloudy skies ready to rain on a polluted L.A. in 2019. The blue dot is left behind for the elation of “J is for Jupiter.” The stars are the place to be. “J is for Jupiter II” drifts from cosmic currents before illuminating the heavens for the lead out into end credits. 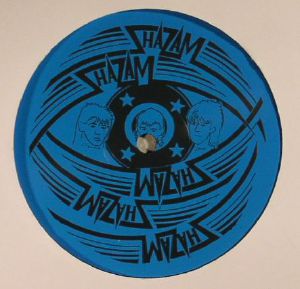 Mannequin Records is proud to present the 12” reissue of one of the rarest minimal synth singles ever released in UK, cradle of DIY post-punk and minimal synth bands.