The fifth part in the very exclusive ‘Schatrax’ repress series.

Amid whispers of a new album from Unirhythm boss and Three Chairs stalwart Marcellus Pittman, two tracks from his excellent debut LP Pieces finally get committed to wax. It’s a shame Pieces never got a vinyl release, but the chance to grip “Sneak Attack” and “Random Acts Of Insanity” on 12″ should not be passed up. This 12″ was actually released in ‘blink and you’ll miss it’ white label format in 2014, but finally gets a proper issue! For those that don’t have the LP, “Sneak Attack” is a curious concoction, with Syclops style electronics occasionally flowering over deep, dusty, intricately programmed rhythms. “Random Acts Of Insanity” feels a little bolder in approach, though its’ rich chords and odd, off-kilter rhythm track are contrasted with some notably bonkers electronic touches.

‘Inmensamente’ (Immensely) is the first vinyl release by Lanoche and the first reference on So Unreal, a new vinyl-only label based in Madrid. This three-track EP opens with two deep house tracks (‘Te quiero’ and ‘Extasis’) on the A Side and closes with the fourteen-minute-long ‘Inmensamente’ on its B Side, an atmospheric lo-fi house composition which the EP takes its name from.

Another journey to the deepest shades of house music with the fourth Neroli ep from Trinidadian Deep. If you followed his previous successful outputs on Neroli you know what to expect: organic, deep, spiritual beats and melodies.

Love Notes from Brooklyn is proud to present a brand new and promising young American artist in the form of tape_hiss. These three moody and emotive tracks fit in perfectly with the label sound Love Notes has been developing over their last few release. The Panic in Needle Park, the clear standout track, begins the EP with gloomy synth washes at a chugging, pitched down speed. That track is then ably reworked by fellow Brooklynite, Willie Burns, of LIES and WT Records, who breaks the beat up for a stunted and unique reinterpretation. On the flip, Love is a Dog From Hell brings a little acid to the proceedings, and Traces to Nowhere closes it out on consitantly dark and moody note.

Among guitar aficionados, they don’t come much heavier than acid-drenched enigma Eddie Hazel. A founding father of Funkadelic and responsible for the blazing ”Maggot Brain” solo, he released just one album. A concentrated dose of guitar-driven psychedelic soul and loping funk-rock, Game, Dames And Guitar Thangs(1977) was co-produced by George Clinton and features the full Mothership crew. Despite impeccable credentials, the album sank and dropped out of print for years, becoming a sought-after collector’s item for funkateers ever since. Mercifully addressing the dubious legitimacy and quality of previous reissues, Be With Records present a worthy and welcome 180 gram edition, limited to 500 copies. Eddie Hazel was a pioneering guitar genius, but his troubled lifestyle led to a dearth of recorded material that demonstrated his strengths. It’s a wonderful thing, then, that this lost classic is available on vinyl again. Possibly the finest slice of P-Funk you’ve never heard, it’s a record that will make your brain dance and one every funk fan needs.

The Left Ear label hit that sweet spot once more, diving into the archive and coming back for air brandishing a veritable slab of private press jazz funk history. Originally pressed in 1979 in a run of 100 copies, Thesda was the brainchild of Thomas Crawford and Eugene C. Hagburg, backed ably by a handful of like-minded musicians, and existed for brief moment of sublime expression, captured in its entirety on this gorgeous LP. “Spaced Out” takes us on a cosmic journey through jazz funk, soul and disco into that far out dimension of groovesome psychedelia inhabited by Mandre and Dexter Wansel. Fully licensed and reissued for the very first time, this Left Ear pressing is your best chance to own this forgotten piece of jazz-funk history without having to remortgage the house. 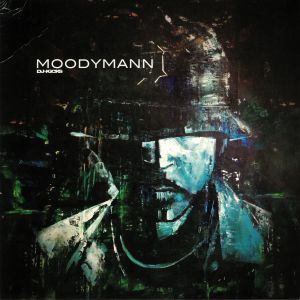 Following a year that saw the 50th entry in the long-running series released to wide acclaim, DJ-Kicks returns in 2016 another landmark edition. Iconic Detroit DJ and producer Moodymann is at the helm for his first ever multi-artist DJ mix compilation. Born Kenny Dixon Jr., Moodymann is a one-of-a-kind electronic music icon, hailing from, and wholly synonymous with the Motor City. He is an outspoken, impossibly charismatic artist who has been putting a distinctive and soulful stamp on house and techno since the early 90s. Melting together jazz, funk, soul, blues and rock in captivating ways, he is responsible for some of electronic music’s most definitive tracks, EPs and LPs on labels like Planet E, Peacefrog and his own KDJ and Mahogani Music imprints. As able to serve up the sweetest and most sensual sounds as he is the darkest and most depraved grooves, his own unique voice and stream of conscious musings infuse expertly sought-out samples for music that is decisively alive and authentic.

This is the second 45RPM single release from Praise Poems 3, and what a monster it is. Although both songs are not necessarily new discoveries in the soul and jazz collectors world, it is the first official re-release of these two 1975 recordings. Hopefully the record buyers appreciate the work which was necessary to accomplish this mission of doing a legitimate re-issue. Mr. Cunningham and his music definitely deserves it.

All good things come to an end, and The Very Polish Cut-Outs is no different. The fifth sampler will be the last in the much loved & long running series. For the farewell record, label boss Zambon has selected five unique reworks from top producers from Poland and beyond. 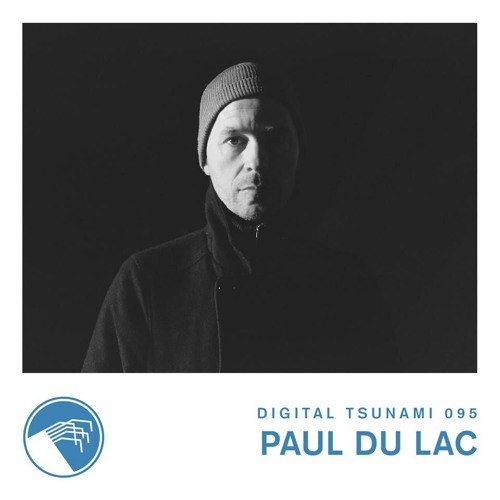 END_OF_DOCUMENT_TOKEN_TO_BE_REPLACED

Lonny and Melvin, aka I-f versus That Nigger, aka Interr-Ference & Pametex. Deep dark brown analogue electronix from the La Haye Murdercapital heydays. Remastered and released on Murder Capital. 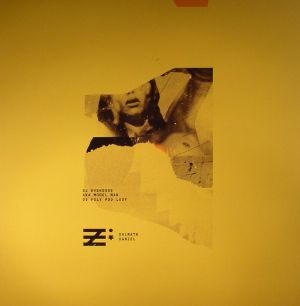 The 05 Poly 800 Loop EP was born in the name of the Dutch-Hungarian friendship when DJ Overdose collaborated with the Budapest based record label Dalmata Daniel, and Hungarian acts, S Olbricht & 12z. A wide range of styles release from dark and mid-tempo to hard-hitting electro. Just how we like it from mister Model Man. The EP also features two remixes both of which are complete reworks of the originals. S Olbricht transformed ‘Path To Wrath’ into a dark abstract techno wave that manages to end up light and romantic. Meanwhile 12z, the newest mascot of Nicolas Jaar’s ‘Other People’ label have made an experimental symphony from ‘Be(h)anger’ and this pathos covers the whole essence of this EP. A promising start for the Dalmata Daniel label.

Yuyay Records advances to physical goods: The six track EP “Endomorphism” by Sophus Y. Lie is the imprint’s first vinyl record being released. Shining light on a melancholic side of electro, the exceptional and uncommon sound design invites you to settle down and take your time listening. And yet, your endorphins will jump.

The 2nd release by Anokie on the Zyntax Motorcity imprint. The Mini-LP includes six sci-fi-electrotracks on red wax. The stuff always set the stage for an epic story, yet remain accessible, fresh and funky, with an edgy experimental side.

Third part in the Mutant City Acid Series. Four new takes on the sound of the TB303 by Cardopusher, Perseus Traxx, Posthuman and Paul Mac.

Steven Tang returns with a second offering for Steffi’s label as Obsolete Music Technology. Across the three tracks, Tang’s mastery of his craft is more than evident, displaying a rawness that is often craved but not always achieved these days. The title track’s classic Chicago vibe complemented by the more intense racing “Voltage Player” and the cascading rhythmic hits of “High Strung”. Class always tells, and this Love Passenger 12″ has it by the bucketload.

The “legend” of Sir Joe, from Chicago to The Hague, 303 bass lines, Juno’s pads and big mama’s speech samples. Powerful and danceable pack made up by six jackin’ cosmic techno house tracks.

D’Marc Cantu marks his return to Run Out Run with the Gear Shift EP, applying his unique style across four tracks. On the A side ‘It’s Sex’ kicks things off with his signature drum programming and some serious acid business while ‘Body Jak’ is a frantic electro workout. On the B side ‘Gear Shift’ is another peak time banger while ‘Odd Feel’ brings things back down to earth to complete another solid EP from the Ann Arbor based artist.

Debut EP by a Milanese based produced under the alias DJ Phlowgod.