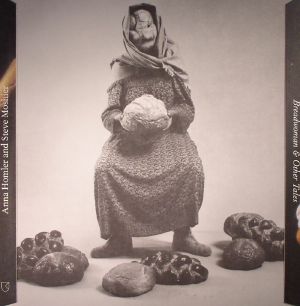 Some 31 years after they were first conceived, the cuts that make up Anna Homler and Steve Moshier’s Breadwoman & Other Tales remain thoroughly odd, out-there and entertaining. During the duo’s mid-1980s collaboration, performance artist Homler channeled the spirit of a character she’d created called Breadwoman, delivering bizarre vocals – half sung, half spoken, in some kind of made-up dialect – she referred to as “divine speech”. These were worked into musical pieces by experimental composter Moshier, who utilized cheap drum machines, battered analogue synthesizers, and chamber music players to create hypnotic, otherworldly tracks that remain hugely charming. The story of their creation and performance, told in great detail in the accompanying liner notes, is also fascinating.

The mysterious Knowone imprint presents a collection of dusty, smoked out, dub techno journeys. This is the real deal; for those of you who aren’t familiar, this label is highly recommended for fans of Basic Channel, Echospace or Meanwhile. Enough said, right? This collection comes in a limited edition, handmade wooden box with 5 x 12″s and 2 CDs. It’s hard to pick a highlight from here because all the tracks on here are so damn good. But we do particularly enjoy the glacial and cavernous vibes of Track 3, the hypnotic and dubby deep house on “Track 5” while “Track 8” sounds like Jeff Mills and Stephen Hitchell going on a stoned UFO journey over the Arctic. 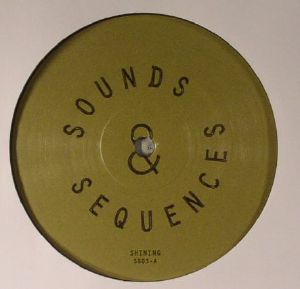 Excellent deep, dark and dubby tracks on the third release from Sounds & Sequences.

“Freundlich II“ is the follow up of Freund der Familie’s “Freundlich” 12“ which was released in 2014 on Telrae. The A-side track “Mash Up” is a deep setup of electronica. Somehow futuristic, alienated and claustrophobic. It could it be the soundtrack for a vintage science fiction movie. Or in other words: pulsating beats imbedded in a sea of sounds, noises and FX that generate life. “Seconds” joins in with ghostly dark sounds that in the course of the track are accompanied by a steady beat.