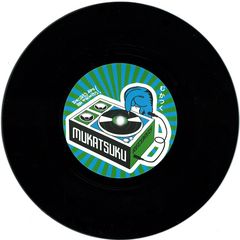 Two tracks officially licensed and remastered and never before issued on a 45 before. Taken from the self titled Hungarian album from 1981 Dimenzio ‘ Bamba’ is jazz dancefloor monster in the true sense of the word and is a Gilles Peterson club classic. On the flip the lesser known ‘Daimont’ from French artist Marius Cultier and taken from the 1975 album Ouelele Souskai .