In Æternam Vale, long the best-kept secret of the french synth punk scene, has been revealed many times now. This is about writing a new chapter of that 33+ years story, that begun in Lyon in 1983 as a band, whose leader Laurent Prot – an electronics pioneer and maniac – took over as a solo act since 1985. This new album explores another side of ‘IAV’, that echoes how Laurent sounds now – a ferocious take on techno, post-punk rhythmic elements and drone soundscapes, planted with unrestrained improvisation, and getting closure with a song time after time. This record is not a compilation of tracks that would stick to a particular time period or subgenre. On the contrary ; there is a definite common thread, that had been found while losing oneself in the intensity of his spectacular live performances lately. Being carried away by his drone improvisations and smothering bass bins, and hearing him play his music, both old and new, there is a singular feeling of both freedom and transcendence that emanates from his music. Some of his lives have lead audiences to become completely silent, and taken away by hypnosis, some other have caused a riot, leading the audience to ultimate excitement. IAV stands for a whole-hearted involvement in the making of his music, and despite the cold and electronic textures, there is a sense of intimacy that we’ve tried to reflect through the choice of the closing song “La Pluie”. 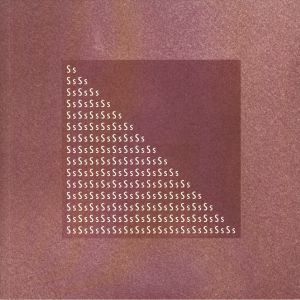 The Swedish Techno experimentalists SHXCXCHCXSH return to AVIAN with ‘’SsSsSsSsSsSsSsSsSsSsSsSsSsSsSs’’ album. This album is wedded to the Avian aesthetic : monochromatic & wrought with tension. It’s powerfully dynamic and thoroughly organic in execution. An unbound, rolling matrix of white noise & wrought iron percussion, replete with disembodied choirs that pan uncomfortably in and out of the sonic hinterland.

Almost a year after his last outing, London-based Vester Koza is making a welcome return to the fray with a new EP entitled OTR. Featuring four atmospheric cuts, for the first time it finds him step away from his own Maslo label to join Houndstooth. Fusing elements of dub, ambient and IDM into moody sound worlds with you right at the centre, he has a subtle but seductive touch that has always marked him out. An on-going interest in security, technology and privacy characterizes his work, as does a passion for the vintage and modern gear he uses when producing. All of that is evident here in his most cerebral and conceptual release yet.