Garofano Rosso’s triumphant return to Giallo Disco comes in the form of his debut album ‘Titoli Di Coda’. A bloodied trip to the microcosm of a doomed city, a neon-noir at the corner of Gordon & Cole, where old cellar doors slam like gated snares and justice comes with a bullet. In between krautrock funk, straight up-crime solving disco and instrumental ballads almost gothic like in their epicness, the artist also known as Giorgio Luceri, whose releases on Mathematics have been turning heads for many years, births this daring and impressive debut that we’re immensely proud to release on Giallo Disco.

The debut release of Aspecto Humano, label based in Barcelona, is being presented as a sampler composed of five tracks, which clearly shows the label’s preferences and what to be found in the future. The first track is the new version of Das Ding’s classic ‘H.S.T.A.’, a jewel that has not been pressed on vinyl to date. Follows ‘Extraterrestrial Biological Entity’, a killer track made by master of horror Antoni Maiovvi, and finish the side Hyboid with his well known synthwave ‘Telepath or Psycopath’. On the other side the debut of part of Aspecto Humano founders, Anbau, with their kraftwerkian ‘Disco Z’. Ends the reference Synth Alien, one of the most reputated spanish artists at the moment, focused to burn the dancefloor with his ‘Bailarina Automatica’.

Another debut producer joins the ranks of Slow Motion with a distinctive take on some classic sounds. Armonics hails from Bari, deep in the Italian south and his first EP is at turns blissful, jacking and dare we say, playful. For a first EP, Armonics has certainly nailed his musical colours to the mast. Crossing with ease between disco, Balearic and an indefinable X-factor. 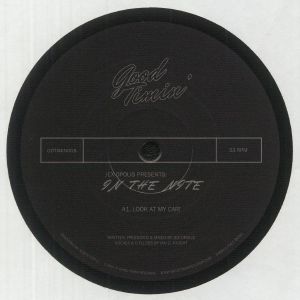 Jex Opolis Presents: In The Nite–“Look At My Car!,” a versatile new EP featuring three cosmic cuts from Jex and Ian D. Knight, a St. Louis-based performance artist. Knight features most prominently on the Compass Point-tinged “Look At My Car!,” a Paean to the joys of both consumerism and rampant motorism. On the flip, Jexy whips out the Strat for some Chic-inspired licks on the chugging “Guitar Sands,” with the Italo-bumping 120 BPMer “Rimini Nites” along for the ride, too.