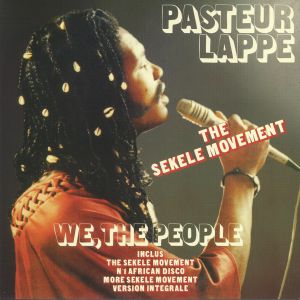 Following the extremely well received re-press of Pasteur Lappe’s second album “Na Man Pass Man”, Africa Seven  are heading back to the beginning with Pasteur. It is a another fine repress. The debut album “We, The People”. The story begins in the 60’s with a charming 19 year old Nicolas “Pasteur” Lappe becoming a sensation on Radio Adele in Douala, Cameroun. He goes on to become the editor of the Douala Gazette newspaper and become friends with other African music stars such as Tala AM, J Moboule and Fela Kuti. He also works tirelessly promoting new and upcoming local Cameroonian talent. After moving to Paris, a stint in journalism school and publishing a book of poems “Chansons Negres” he finally settles into a new life of music in Paris. Pasteur’s first album was recorded in 1979 with the backing band and production collective called the Zulu Gang, which include Douglas Mbida (who went on to release several top flight albums himself) and Jacob Desvariaux (who went on to form Kassav). The album is full of diverse sounds, from driving funk, sweeping disco grooves, syrupy ballads, reggae, Jackson-five-esque pop to finger-lickin’ soul. At its core though is the custom “Sekele” groove… a movement to encompass the dance, grooves and vibes from his native Douala. The nostalgic poet, with Africa at his essence Pasteur Lappe. 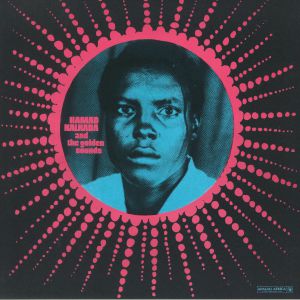 These days, Hanad Kalkaba is a retired Army colonel and track and field athletics administrator in his native Cameroon. Yet back in the mid 1970s, he was a musician with dreams of potential super-stardom, trying to update traditional Cameroonian “Gandjal” music for the funk generation. To that end, he recorded a small number of singles and EPs alongside his backing band, the Golden Sounds. It’s those thoroughly obscure and overlooked releases that make up Hanad Kalkaba & The Golden Sounds, a retrospective of his pioneering work. Sitting somewhere between Afro-beat, Afro-funk and Afro-jazz, with a distinctively Cameroonian rhythmic swing, the music showcased on the album is undeniably special. 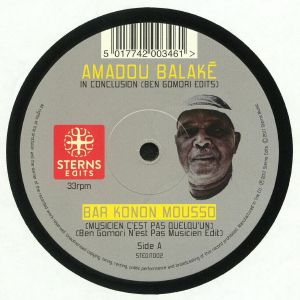 Sterns Edits returns after the sell-out success of its debut edition with another two catalogue reworks from Ben Gomori. This time he turns his attention to Burkina Faso’s much-loved taxi-driver- turned-singer, Amadou Balake´.