IMA (Intense Molecular Activity) is the duo of Don Hunerberg (synthesizers) and Andy Blinx (drums and percussion). Based in New York City and active between 1979 and 1982. Don, a studio Sound / music engineer and musician, Andy an electronic clothing designer, drummer and sound reinforcement engineer at downtown clubs like Max’s Kansas City, Mudd Club and CBGB. In between doing sessions at Radio City Music Hall Studios for groups such as Ramones, Richard Hell, Sonic Youth, Liquid Liquid, John Zorn, Glenn Branca and many others, IMA took advantage of off hours to create their own music. As far as influences go, Don’s background was in electronic music and Andy’s in prog rock. To produce the songs, Don used his own method of creating patterns from 2-track tape loops and then edited them together on to a 24-track recorder adding more tracks of overdubs, In a very similar way that sequencers are used today. By 1980 the duo honed their own unique sound and version of Post Punk and No-Wave with the tools of the trade of the early 80s. Situated above the proscenium of the Radio City Music Hall stage, the studio was outfitted with a variety of orchestral instruments (timpani, bells, xylophone, etc). They self-released a 4-song EP titled “IMA” on an 8” flexi-disc which was distributed by Ed Bahlman of 99 Records. The music bridges the wild psychedelic-rock of the 60s, the synth-punk of the late-70s and the elaborate constructions of progressive-rock. There are nods to the freak-outs of Chrome and the super neurosis of Suicide, but IMA takes a more clinical approach which also takes notice of Hawkwind and Pink Floyd’s interstellar overdrive. 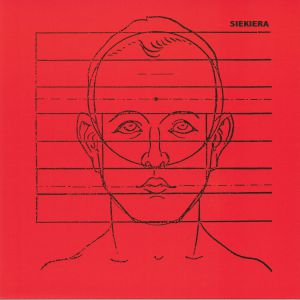 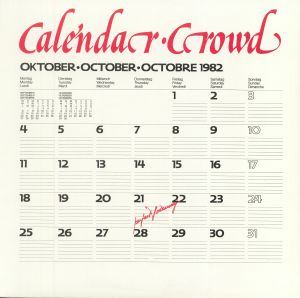 Calendar Crowd was the duo of Alan Heaton and Terence Tiernan who met in their hometown of Widnes, Cheshire as schoolboys and played together in various bands in the ‘70s. In the ‘80s they formed a 6-piece band called Room For Humans and recorded one single“Telephone Telephone / Girlfriend”. When the band split and Alan and Terence continued as Calendar Crowd in a more experimental direction. In 1982 they released their debut single “Perfect Hideaway/Perfect Hideaway Dub” on 7”. Guitarist David Knowles joined them as they toured the UK and recorded and released their follow up EP “Listen in to the Heart” in 1985. A reviewer at the time called Calendar Crowd “A Moody Merseyside trio with strong atmospheric tunes and haunting lyrics.” For this reissue we’ve compiled both singles on one EP featuring all four songs. Perfect Hideway is a evocative and dreamy, the music escorts you on a tour of icy landscapes, with Terrance’s deep, rich vocals guiding the way accented by bright brass stabs. Meanwhile the Dub has stripped back the vocals, added delayed samples and heavy pounding drums. On the B-side “Listen in to the Heart” and “Questions Answers” are darker electronic rhythm tracks with layers of ethereal keyboards and guitar melodies.