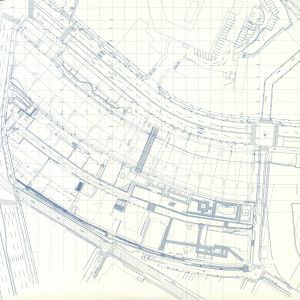 Dutch label Field Records is back with another special album project, this time from Japanese producer ENA aka Yu Asaeda. Bridge is an introspective soundtrack for a documentary also called Bridge – out this Spring – which is about the Dejima bridge, a reconstructed symbol of the Dutch-Japanese trading history in Nagasaki, Japan. The album finds the producer stepping outside of his usual remit of dark ambient and experimental music, and instead comprises ten shorter tracks that touch on abstract and rhythmic sounds that define the essence of Japanese culture. Although he has worked with the director before, this is ENA’s first Original Sound Track and finds him freely inspired by the movie and heading in exciting and unknown directions. Hugely atmospheric throughout, there is hypnotic repetition of sounds, strange audio design and a mixture of melancholic moods with more dreamy synths. Sometimes gloopy rhythms gently ripple beneath soothing harmonies and at others times a micro-rhythm appears through the constantly shifting and evolving found sound loops. It’s a compelling and unusual album that seamlessly mixes human emotions with a mechanical sense of industry. 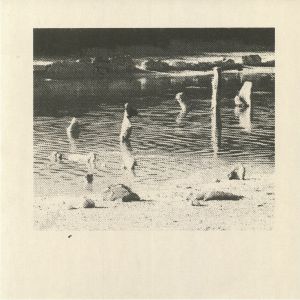 Trux’ second EP on Berlin based record label Office is a bow to the many outstanding moments in the history of Ambient music. Allusions to Brian Eno are just as recognisable as to the charming concepts of Pop Ambient or Clicks & Cuts. It’s between these poles that the four tracks on the a-side oscillate and manage to capture the listener with vibrant and diverse soundscapes. The flip side sees Trux drop a stunning melodic breakbeat tune besides remixes by Workshop’s premier Techno chef Lowtec as well as a freestyle Electronica version by O$VMV$M. The much loved Super Quiet tops the record artwork off with another remarkable example of his casual and airy black and white photography.

Spazio Disponibile label is close friend and Italian producer Marco Shuttle. The Eerie label-boss is a regular on the label having put out his Systhema album here last year, as well as his Flauto Synthetico EP in 2016. His always meticulously crafted sound is rooted in dark, cavernous techno. He finds plenty of new ground in each new release, though, with some tracks being haunting ambient works and others more propulsive rhythms. This new EP features just that across four typically inventive and absorbing tracks that are as much for your head as they are for your heel.