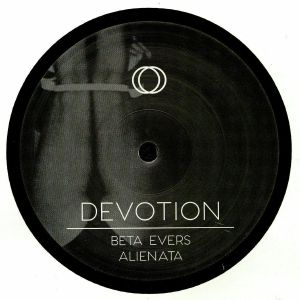 Discos Atónicos announce a rare split 12″ of the legendary queen of darkness, Beta Evers, and the founder of Discos Atónicos, Alienata. Beta Evers has landed on Side A with 2 special tracks perfect for dark electro lovers and obscure diggers alike. Alienata finds herself on side B featuring her 9 minute trip titled Memory. The track was composed and recorded in one take at the Nation Studios in Chicago in the winter of 2012.