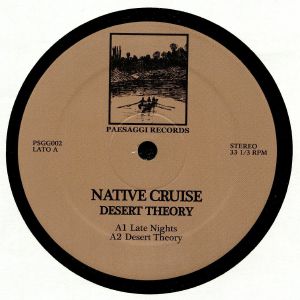 Inspired by warm climates, shaped in a rainy city. Native Cruise’s Desert Theory opener Late Nights is a relaxed jam filled with crispy drum-machine percussion and new age-ish pads with delicate nature sounds in the background. The energy rises towards the title track, a marching rhythm characterised by chugging wooden drums and floaty pan flutes. Bermuda Clouds brings you on a shore presenting a dreamy 4 to the floor session with an FM bass line, atmospheric pads and a wave of ocean sounds. The journey ends with Whispers which reminds of an imaginary 80s digital world vaguely influenced by the aesthetic of labels like Innovative Communication or Les Folies Art. 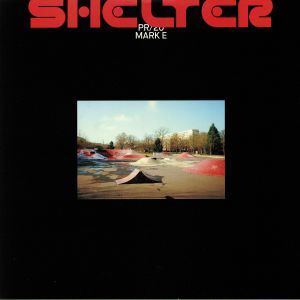 Ten years and twice as many records have come out since Public Release shared its inaugural 12-inch with the world, and it feels ﬁtting to mark the occasion of its twentieth with new work by a steady partner in crime, Mark E. The English Midlander, known as a peddler of classic house laced with the unexpected—sprinklings of frisky Italo and wiggly disco here, splatterings of taut techno and woozy dub there —made his P.R. debut with 2016’s steamy industrial chugger, Sky Horn, and has also been a frequent remixer for the Northern Californian label.