Finally available again as a 12 “maxi single! From the legendary film music of John Carpenter’s box office hit “Assault On Precinct 13” from 1976, including the “John Anthony Scratch Mix” and the “Remix” of The End. 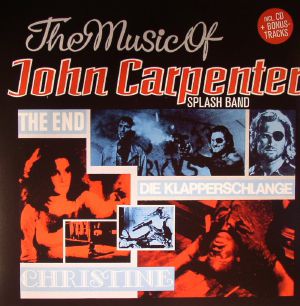 A few weeks ago, John Carpenter released his first solo-album. Reporting about this release the media used to mention also the Splash Band. Now, the Splash Band is available again. On this CD you can find the 1984 released album “The Music Of John Carpenter” as well as six bonus track. The bonus tracks are the ultra-rare single version of the songs Philadelphia Experiment, Christine, The End, Die Klapperschlange, Starman and Big Trouble In Little China.