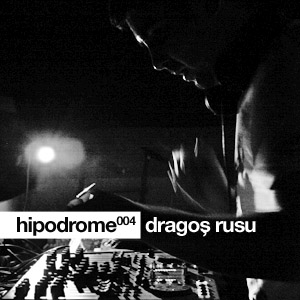 August it’s hot, Chicago is hotter, so we give you a hot chicago-house mix. Dragos Rusu delivered us a rough acid house podcast to jack your bodies in the long hot summer nights. Dragos is living in Bucharest and he is an editor for an electronic  music magazine / promoter / booking agent / manager / dj you name it, if it’s related to electronic music he’d been there. Dragos is one of the founders of beatfactor.ro more than 8 years ago, a web site that became one of the most important Romanian online  electronic music magazines. Dragos is djing for some years now and he is a dj without inhibitions, known for playing mostly in underground, infamous, hedonistic parties and afterhours.

Can you make a short introduction of your mix? How, when and where it was done and what’s the idea behind it, if there is one?

Hello. This mix is a selection of acid house / chicago / techno tracks from now and then. You can also call it “Welcome to the acid fridge”. There are classic old acid house tracks mixed up with some new stuff, from some guys such as Traxx, Plastikman, Redshape, Sneak, Snuff Crew, JTC, Tin Man, Elektroids, Alex Smith, Tyree and much more.

You are not a new face on Bucharest’s clubbing scene, but you were never more active like in the past couple of years. How did you started playing music and why did you keep such a low profile until now?

I hail from a very small city in Moldavia. I’ve always been into music, in my hometown there was plenty of rednecks listening manele, so I think this was a great inspiration. But the starting point was when I came to Bucharest for studies, I was around 18 or something. I started to play music to get free drinks, to make a lot of cash and to meet girls (but luckily I got something better). I’m still keeping low profile regarding Dj-ing, that’s the way I like it.

What kind of music did you played when you first started and how did you and your music style evolved since then?

I was playing break beat and progressive and also some house / techno stuff, but it was nothing serious. I was listening to everything, always searching for the groove and melody which haunted me all these years.

Do you have some favorite djs/producers/labels and how did they influenced you?

I like a lot of the stuff that’s on at the moment, starting from techno to house, disco to electro, drum and bass to dubstep. As reference point I can name James Holden and the Border Community crew (Nathan Fake, Petter, Ricardo Tobar, Fairmont, Avus etc), Wighnomy Brothers (too bad they split up), C2, Plastikman, Alex Smoke, Josh Wink. There are way too many to mention, I follow the chicago and modern techno sound, acid house stuff and off course, balearic. But my biggest influence was Jesus and Vali.

You created one of the most important Romanian web sites dedicated to electronic music (beatfactor.ro). Can you tell us what was the purpose of the web site and if do you feel it was achieved?

I made the website together with my brother, he actually deserves the 5 stars credit. The Romanian version is like a reflection of the clubbing scene, with its good and bad things. I got the chance to meet every Romanian dj and interviewed a lot of the international ones; I listened to a lot of bullshit, but I also met very inspirational people. I also got the chance to make great friends and learned that a DJ will never be an artist, no way.

What plans do you have for the site in the future?

Planing things it’s not my strongest point, but one thing is sure – BF will stay natural as always.

What do you think about the Romanian and the global electronic music scene?

The music scene is great, nobody can complain, there’s place for everybody and for every style of music. But some people take this things way too serious, and then it stops being fun. There’s nothing too artistic or too pretentious to a party and the things related; it’s not a subject upon which some can debate for days, it’s just an industry like any other.

You don’t like to make compromises regarding you musical selection in your sets. Has this been an issue for you until now?

I don’t think a DJ should make any compromise, music wise, since there’s so much various stuff out there. My main issue was always to find the right music that will remain fresh in years.

What do you think about djs/produces that make compromises in order to be in trend?

There’s a lot of people who managed to make a lot of money out of the music, which is good for them. Music trends are great, it becomes easier to separate the quality to the quantity, even if this is sometimes a tricky matter.

What do you listen besides electronic music?

I listen to almost everything, from psychedelic rock to reggae / dub, funk / soul, pop, afro, pop… Limiting to electronic music (especially the 4/4 side) is one of the worst things one can do to his spirit; you end up bad. Music has no boundaries man..

Now a question from a fan. Vali, Calin, Luci or Omar ?

It’s tough, I’ll go for Vali, even if Calin works fine as well.