Izorgor’s sound reflects his burly bouncer name. Drums pound and hi-hats slash in the mean and murderous “HDF-N”, a soundtrack for car crashes and late late club sessions. “Nosferatu” comes from a similarly evil place, percussion is fed through a mincer before a fog of distortion descends to smother samples. If you’re after a respite, you’ll have to wait or feck off home. “HDF-S” wades in. Similar to his sibling in terms of rancorous rhythms, this beast drips with 303 sweat and venom with just a touch of salvation in those soaring notes. Boris Brenicki, of Ontal fame, ends with his own sepulchral take on “Nosferatu.”

6 tracks of dark sounds industrial EBM with touches of Electro by Rise Black with Roots of URRS where the project is inspired by the world war.

From the rampaging start of the EP, ”Eternal Remorse”, not a single note, guttural vocal, or fierce drum hit is out of place. The emerging greek artist Boris Barksdale, portraits the overall feeling of militaristic order encompasses music and vocal samples. The musical equivalent of that image, industrial society’s restless march to oblivion rendered as an infinite dance track, as aggressively vibrant as it is alienated.

Chloe Lula makes her debut on aufnahme + wiedergabe with the EP ‘Errant Bodies’.

The NE-21 return to She Lost Kontrol after their first pitch-perfect 80s dark wave release in 2016. After releasing a collaboration with Donato Dozzy with the project ‘Men with Secrets’ at the beginning of the year, the duo lands on the label with their new work “In The Realm of Electricity”. The album is a collection of 8 tracks composed and recorded between 2012 and 2020 at the Sy6 studio in Boscoreale. The outcome is a perfect blend of synth pop and minimal wave, filled with icy synths, shuddering bass, and anthemic vocals, ranging from mumbled vocoder to arch talk-singing. While diverse in atmospheric scope, swells of ghostly synths circle the driving beat throughout, producing a haunting totality drenched in an ethereal midnight trance; the submerge of cold, spectral vocals sing within the darkest depths of a starry soundscape – the gloomy romanticism of low, distant vocals bursting with post-punk melancholia. The album in essence sounds unashamedly distinctive, unique and charming. Whether you fall in love with the whole act or you’re just stunned by the bizarreness of it all, one thing’s for sure – you’ll be compelled and gripped right to the infectiously smutty end.

Under exhausted lights of civil discontent the count has just began. What you parodied, what you scrutinized rears its pure gaze when punctured beyond performance. We cried for justice but instead found order, and now we face the chain. PC World comes through with a haunting EP on She Lost Kontrol to distort the view and warp the vision of industrial addicts and mutant punks with their second release “Order”, a discursive counterattack on four distinct forms of command. The South London duo disfigures the unconscious reduction of pleasure and fetish, the connective tissue between privatization and violence, the seduction of societal norms, and the neurotic tendencies of self-defeat. Like the surrender to a future shock, these four interwoven tracks are produced for the recognition of restraint and the demand for wanting more. B-side remixes of the title track “Order” come from Physical Wash (former member of High-Functioning Flesh) and Aktion Mutante (featuring members of Violent Poison and Unhuman), two additional perversions of protocol from synth-punk veterans on both sides of the Atlantic.

BT57 sees Markus Gebauer AKA Interviews making his debut on Brokntoys. Having left a lasting impression with his previous efforts on labels Ortloff and Bitterfeld, here the Berlin-based producer showcases his throbbing blend of Italo, EBM and electro on a 4 track EP designed for primetime club action.

Marguerite Records announced its first release scheduled for 2021: ‘MRG010’, a Various Artist compilation celebrating the label’s tenth output. A side opens up with ‘My unknown friend’ by the charming Diana Berti, a blue starry-eyed minimal synth jam, followed up by Mayo’s slo-mo acid affair ‘SloMos’. A3 is ‘Miss your stupid face’, a crunchy, metallic downbeat cut by SYNTETYK boss Dzuma, and what a better way to follow such delight than a snake charming rollercoaster by Exhausted Modern? Closing up the first side is ‘Same shit fail (shame)’, a mesmerizing slow tempo deep track by Lyon’s Big Science head honcho Warzou. Flip side is unwrapped by ‘Weaklink’ a Lliasons Dangerousesque floorfiller from Lost Soul Enterprises boss R Gamble, while ‘Alpha’ on B2 marks the return of Bianco Negativo on their label with a dreamy minimal synth // ambient techno hybrid. Sitting on B3 is the high tension cinematic EBM roller ‘Duty-bound majority’ by Colombian artist Filmmaker; B4 switches the vibe and turns full speed with a mutant electro excursion by LIES affiliated Chupacabras. Madmoizel’s ‘Culture 19’, a powerful yet playful raw post punk gem, brings the compilation to its final chapter.

With an Arturo Micro brute synthesizer put through psychedelic effects, Modern Ruin keeps the flame of Andrew Weatherall and Suicide burning through times of isolation and disarray. This Synth Wave/New Wave experience of an album, released on LP on Höga Nord Rekords, sums up 2020 with its dark and cold sound. The title speaks for itself: “Unemployment Disco Line” reflects the desperation in the sound and the reverb-drenched vocals in the back of the soundscape comes from deep within the Covid hole. Drawing influences from masters like the legends above, Rowland S. Howard, Johan Balance + Peter Christopherson et cetera, this debut album by Modern Ruin sums up four decades of underground club music and no matter how long this pandemic goes on we are in “Nothing Blues” until the dance floors open again. 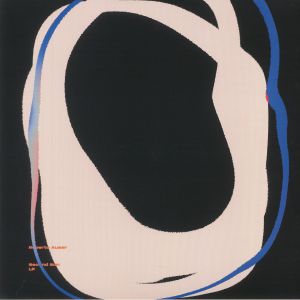 Dalmata Daniel presents the new album by Dutch West Coast mid-veteran Roberto Auser. Auser (born Derk Reneman) has been into cinematic (or b-videomatic) electro for more than a decade now, with releases on Viewlexx, Pinkman, Gooiland Electro/Enfant Terrible and more, ranging from atmospheric and hypnotic to tight and grim, but always loaded with a vision of a storyteller. In a Dutch way, for sure. Though “Second Sun” is, again, an audiovisual trip, that’s not the primary concept here – it’s probably the purest album-like experience of Robert Auser so far, presenting most of his characteristics and sounds, and also new elements, still, all are coherent and organic parts of Reneman’s projective language of electronics.

TPPM and AtB aka Mr fLooDs are turning on the research machine taking the listener on a extraordinary tripped out ecstatic journey through timespace where spirits of Liaisons Dangereuses Radio and the legendary Boccaccio are summoned with inspiration in order to find a New Beat Soul for the 21st Century. What was born and initially exploded in 1987, went supernova (in Belgium) in 1988, declared dead in 1989, was slow and initially all about atmosphere with industrial strength beats – the main form of rhythmic propulsion being the pounding kick and heavy snare. The sound was mainly instrumental and when there was lyrical content, it often became more about slogans and giving commands. On „Decadent Skies“ An Anomaly bring back the atmosphere, beats, the essence off the beaten commercial track, and combine it with the knowledge of tomorrow.

The Moscow’s dancefloor burners are back with the new single “Tanzare ”. Offering again their usual modular sonic artillery and their lovely blend of electro, dark techno and body music with 2 new tracks that are insured/guaranteed floor-fillers.