A project based variously in the Midwest, the Bay Area, and currently Nashville, Stacian is a longtime vehicle for dance floor alchemist, electronic artist, and producer Dania Luck, who delivers for Chicago’s CLEAR a collection that synthesizes a wide breadth of influences; from varying strains of minimal wave, to the darker baroque flourishes of German new-wave and post-industrial— all while scavenging the displaced futurism of early analog electronic music. From the glam-spattered invocation of “Dance With Me” to the frenzied snare-hits of “Read Me”, to the post-industrial stomp of “We Are War”; “Fractal ID” unfolds like a map of hypnagogic states. By the time we reach “The Well” and “Idea of Home” a trapdoor in the dance floor has opened to an otherworldly abyss, where pulsating analog beats materialize, and glimmering arpeggiations illuminate the icy well of our shared technological isolation. Stacian’s “Fractal ID” is a propulsive and perilous journey to the depths, of dynamic rhythmic modulations and expansive sonic textures; a lone ray of light that bounces and refracts along the cavernous sub-levels of the club floor.

Though the hallowed halls of Berlin’s nightlife excess now sit cold, the sounds that once haunted their depths beat ever onward, and colder still. Birthed in these hushed plaguelands, XTR HUMAN’s new full-length G.O.L.D evokes the frozen melancholy of a post-pandemic city, driven ever onward by the impetus of night’s primary currencies: sweat, release and change. The latest full-length from Johannes Stabel, G.O.L.D finds the German producer evolving as much as the rest of the world has had to. Taking his political and socially conscious lyrics into his native tongue brings a deeper and more powerful thrust to their weight—particularly at a time when Germany is weighing its own social consciousness after years of being seen as a leading world figure.

Wladyslaw Trejo comes with a 7″ single dedicated to Warsaw. “Nuestra Voz” is a poem wrapped in sharp synthesizers about the silent threat of totalitarianism. The accompanying video clip amplifies its meaning and serves as a metaphor. “Tranzyt W” is an instrumental that portrays the walk of an inveterate observer, Wladyslaw himself, through the streets of modern Warsaw.

Deathtrippers was formed by Sasha Raoul in Leeds, UK, 2015, his influences being classic 80s’ gothic rock / psych / electronica / 80s’ indie. They have also contributed a couple of tracks to compilations in 2020. Each song is a dancefloor smasher in its own style. Dead Wax Records have gathered all their recorded output (previously on digital formats only), some of which has been edited, some remixed and all of it newly mastered specifically for this vinyl, making it flow and sound better than ever. 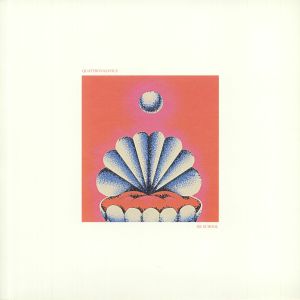 Quattrovalvole is the project of  Joone & Miss Zagato. Taking inspiration from Ferrari’s Vetroresina 308, sunset driving on a dark mission, the listener becomes an accomplice, so beware. You may be charged. Curb crawling, speeding, reaching for something that drives you wild and swerve off the road. The windscreen shatters, and your fingerprints are everywhere. Run. Four on the floor Italo-disco, glossy 80s new wave, Quattrovalvole is an afterdark lifestyle. Released by Oráculo Records. 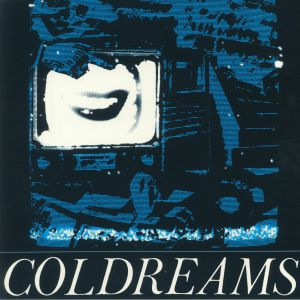 After the repress of their single “Eyes / Morning Rain”, Camisole Records announces the reissue of Coldreams tape “Crazy Night”. Recorded in 1984-1985 by a gang of young students passionate about Post-Punk this record represents the culmination of the band first period. Haunted lyrics and melancholia were already the basics of their sound and from “Don’t Cry” to “Crazy Night / Burning Passion” it’s difficult to imagine that they were only 18 to 19 years old at that time. “Bulbs and Bubbles” and “Turn the Button” show their pop appeal which definitely takes them apart from their contemporaries and all-around gloomy feelings infuse these six tracks which unveils another part of Coldreams history. 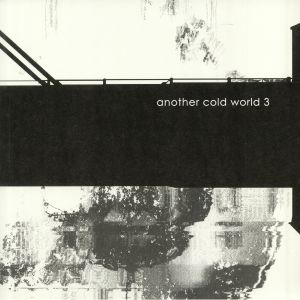 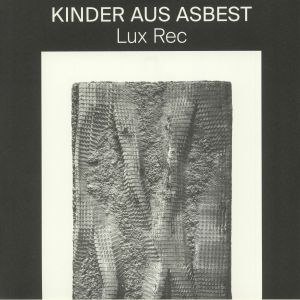 The first Lux Rec release after summer is a split EP that puts together two musicians from different regions, different backgrounds. On the A-side there’s an old acquaintance of the label, Kinder aus Asbest, with Life after Death and Washed Away. As hopeless as it gets. On the B-side there’s Rosa Nebel, and upcoming artist from Austria that matches perfectly, with his dystopian views on society, the core dissatisfaction for humankind that Lux Rec has. 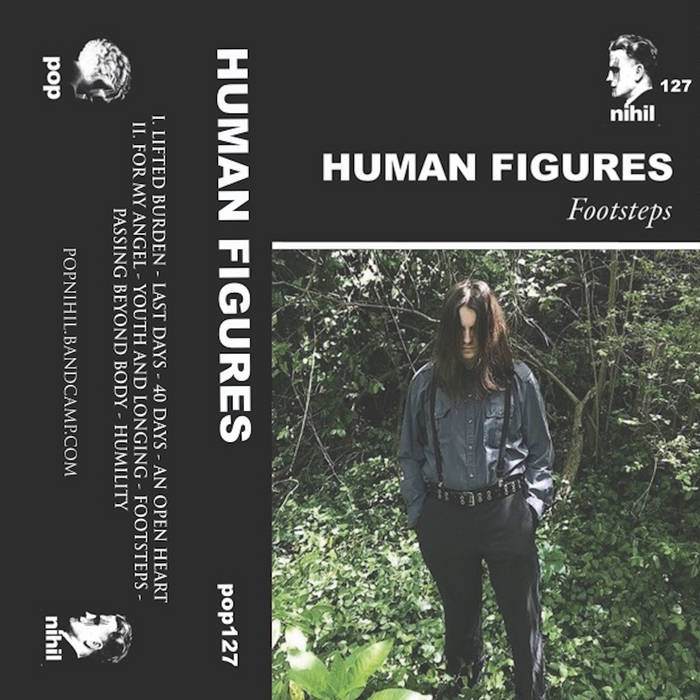 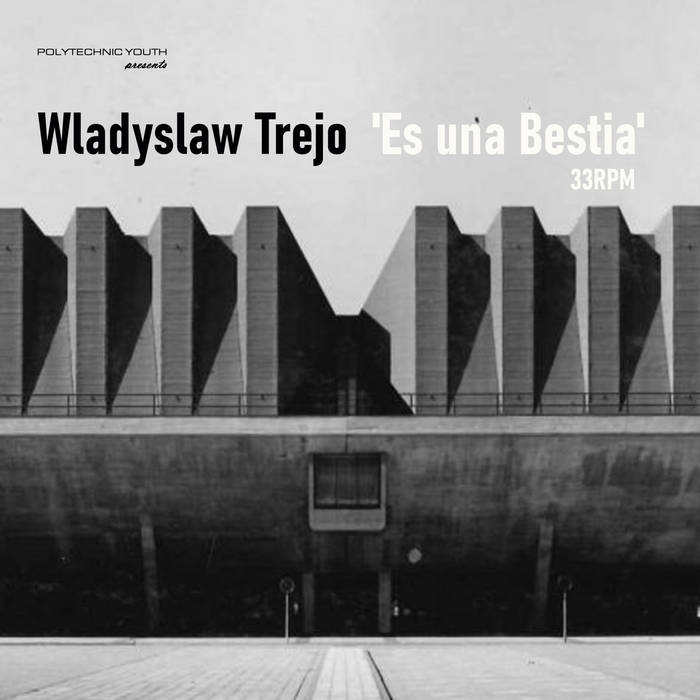 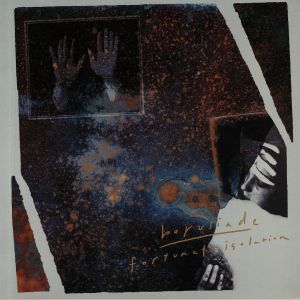 Dark Entries Records presents ‘Fortunate Isolation’ the sophomore album from Borusiade. Born and raised in Bucharest, Romania, Borusiade aka Miruna Boruzescu started dj-ing in 2002 as one of the very few female DJs in the city’s emerging alternative clubbing scene. Influenced by a classical musical education, a bachelor in film direction and fascinated by raw electronic sounds, Borusiade first combined these universes in the construction of her DJ sets and starting 2005 also in her music production. A sound of her own has slowly crystallized, often dark with poignant bass lines, obsessive themes and by all means melodic. ‘Fortunate Isolation’ is perhaps Borusiade’s most personal release to date. Eight songs that capture a bystander witnessing the world as it undergoes drastic changes. We have disconnected ourselves from ecology, humanity, preservation, care for what surrounds us, for what is still alive. Borusiade adds, “| know that this place, our home has went through so many other extinctions, but | believe things will find their own way on this planet only once we are gone. Entropy creates a time-line but also a transformation – a new beginning.” The album’s sound is gloomy and powerful mixing sonic film sequences, rhythmic excursions and soothing yet obsessive vocals that touch one’s deepest senses. Lyrically the songs tackle themes of forgotten memories, spirituality, mortality, and destruction. 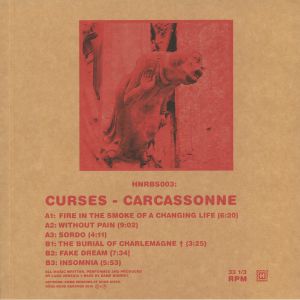 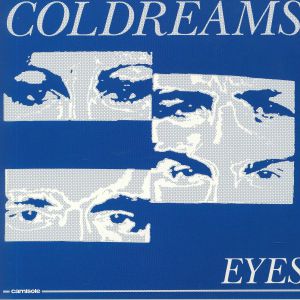 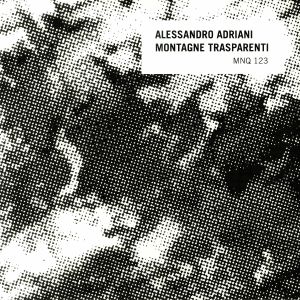 Alessandro Adriani has become a trusted source for all kinds of beyond-the-grave minimal synth, industrial and coldwave delights. Aside from his work in releasing forgotten gems and up to the minute synth incantations, Adriani has also been quietly issuing out his own music as well. Originally released in 2016, ‘Montagne Trasparenti’ is now repressed on Mannequin Records with a full new graphic design.

Stratis is an electronic duo from Cologne, Germany, formed by Antonios Stratis and Albert Klein in 1981. They took inspiration from the progressive electronic synthscapes of Tangerine Dream & Vangelis and the proto-techno of Chris & Cosey and Yello, as well as jazz and funk. The duo recorded 5 cassette-only albums between 1982 and 1986 – Exotic, New Face, Musica da Ballo, Film Musik, and Raging Beauty – which were released on their own label Creative Tapes (later called Temporary Music), and which were also licensed to Colin Potter’s Integrated Circuit Records (ICR) label. We are pleased to announce the first ever standalone vinyl reissue of their sophomore album “New Face’, which was recorded and released in 1983. It consists of eight future-fixated tracks that could have been composed for movies like Blade Runner or Tron. A wide range of minimal electronics are presented, from robotic synth pop to melancholic cold wave to Neue Deutsche Welle electro. 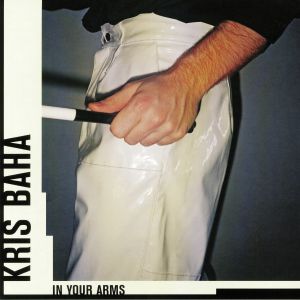 No stranger to the darkness, Kris Baha takes us by the heart this time for the 8th She Lost Lontrol’s release. The sound of this 12 extended EP is sad as it is romantic filling the void of most things that are present in our lives albeit momentarily. ‘In Your Arms’ is not the defeat but the endless struggle, the serendipitous celebration of loss. Within the lyrical confines as dark as the period that brought them to light, he screams about fighting and resisting in a cruel present through a selfless in-look for a outsiders perspective into what it means to him and us to have lost to love , lost to lust and lost to death. Every end has a beginning.