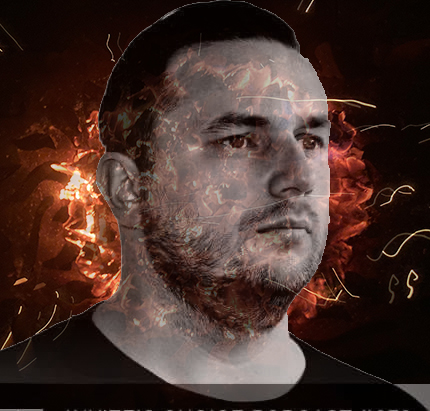 Axis Records introduce a new element in their online shop. The Axis Online shop will now offer music in a curated form to feature exclusive works of various artists that are considered masters of their craft and style of Techno Music. This one is coming from Mike Storm master from the underground scene of Alkmaar in the Netherlands. Until this day, he still produces his tracks without any edits or total recall, just straight forward recordings directly from machines only. Mike Storm is mainly inspired by the Sci-Fi sound. The thinking process of his sound are created effecting emotions and leading to action. Sometimes there are actions we can’t control and therefore each creation is a unique process. Thoughts are created and disappearing like stars and planets. Mike Storm translate these thoughts and emotions into music sequences and it influences the mental state. Building sequences and sound development become a natural process.
listen 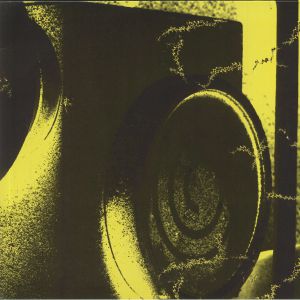 KR3 first EP is an intricate labyrinth of sounds, curated by Japanese techno pioneer Takaaki Itoh with an additional remix by Claudio PRC. “Mutual Recognition” is a work of insistent raw elements that interweave with hypnotic segments, creating a sense of bewilderment. The A side keeps listeners on the edge with its insistent wobbling and repetitive sounds. Similarly, the B side builds a sense of high intensity; Stinging synths and mental hi-hats interact consistently, resulting in a mesmerizing conversation. 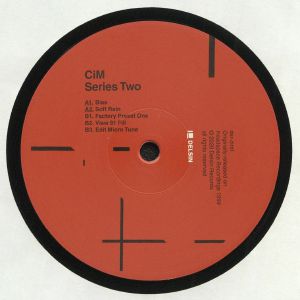 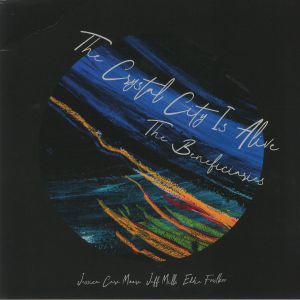 In 2018, the idea was introduced by Jeff Mills to address the lack of artistic collaborations within and from the city of Detroit/USA. The city had always been an engine of new innovative ideas related to music, art, dance, poetry and all other arts. It was thought of as a way to demonstrate the commonality people possess from various art forms and that by mixing ideas visions and perspectives together are might produce unexpected and often provocative results. The project started when Mills reached out to one of Detroit Techno’s founder and legendary DJ/Producer Eddie Fowlkes. Though the two are known and connected to Detroit Techno and knew each other for decades, they never worked together so the first few meetings and conversations were marked with finding all the common links that have built both of their careers. During this time, Mills wanted to find a third person for the project, one that was from Detroit, but not a musician. His idea and theory was that by engaging two other creative thinkers would most likely produce something unique as emotions would become linked together to find that common, but higher level. While browsing the web, Mills discovered a post that featured the Detroit-born poet Jessica Care Moore. Struck by her words and the energy she mastered to say them, Mills knew immediately that she would be the perfect artist to approach for this creative venture. As with most artists that grew up in Detroit, they immediately opened up the links in their past, present and future outlook. He presented the case and explained to her how he thought it might work. She liked the idea and agree to join. “The Crystal City Is Alive” (A phrase extracted from Moore’s words), puts the Detroit, America and the World on notice. The alarm has sounded and it is now time to mobilize all creative units to the frontline. 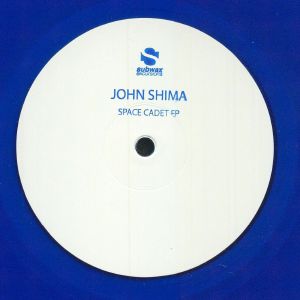 Some stellar electro techno from this Detroit producer on the third part of the ReQuest series. 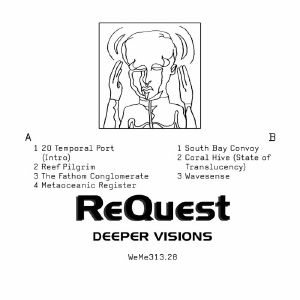 Deeper Visions takes us back into ReQuest’s recollections of the Drexciya-induced dream worlds he explored after listening to The Quest & falling into a shamanistic trance. Cruising through fluorescent reefs, seedy backwaters & the dense algae vapor of the Conglomerate’s innumerable processing refineries, he recalls in detail the sensory impressions through a palette of hi-tech funk, sub-aquatic dance & bio-luminescent soul. 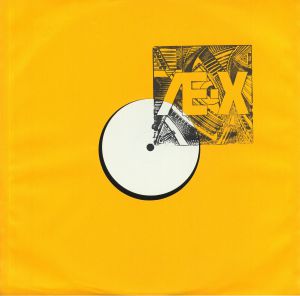 ÆX is back with the 12th installment for its various artist compilation series. ÆX012 presents 2 new names to the ÆX roster: Troy and Albert van Abbe. They are responsible for 2 high-energy techno rollers which set the tone for this bold new ÆX chapter. They are accompanied by households Taupe – showing his skills with a Drexciyan electro-techno workout. On the B-side, we find a typical melodic 909 jam by Jasper Wolff while Tetelepta and Kaap finish things off in dub-depth craft and mastery. Strong 6 track dub & Detroit influenced techno compilation. 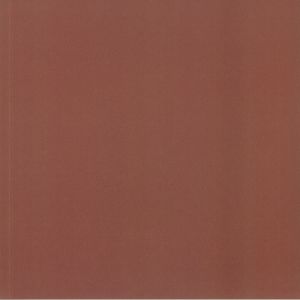 Jeff Mills continues the Every Dog Has Its Day series under his Millsart moniker with his second edition of 2020. Vol. 6 is a double LP set with nine tracks. Every track has a story behind. This collection of Electronic Music by Jeff Mills is uniquely crafted to ease restlessness, soothe impatience and at the same time build high life expectations while opening the passages to a better understanding of what you are searching for. 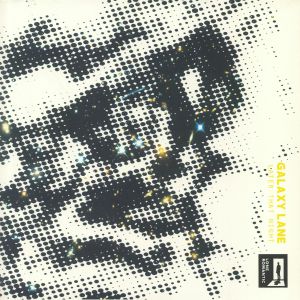 If Galaxy Lane’s first EP didn’t send the portals of time and space upside down, then the second EP will throw you down a vortex of hypnotic grooves juxtaposed with eerily erratic rhythms built in outer space. The first of two EP’s to be trusted in the hands of Lone Romantic, ‘Night’ and ‘Later That Night’ will explore the concept of capturing moments in time. Side 2 sets off on an exploration of wild eyed boundary flexing in the shape of ‘Enter The Light’. Pushing the machines to near breaking point whilst just hanging on, it’s a track that shows what can be done when the spaceship is left to drive itself, you can do nothing more than go with it and and see what happens. ‘Snow Day’ is perhaps the perfect way to round us back in. A more calmer, smoother ride, it’s unmistakable polyrhythms soothing the soul and setting us up for the next chapter… 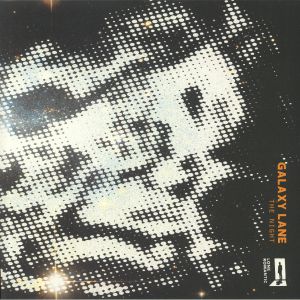 If Galaxy Lane’s first EP didn’t send the portals of time and space upside down, then the second EP will throw you down a vortex of hypnotic grooves juxtaposed with eerily erratic rhythms built in outer space. The first of two EP’s to be trusted in the hands of Lone Romantic, ‘Night’ and ‘Later That Night’ will explore the concept of capturing moments in time. ‘The Night’ will propel the listener into ethereal textures layered over rough and raw beats, as outlined on opening track ‘Deep Space Nine’. If that sets you up for thinking this will be a dreamy ride, ‘Communication’ hits hard at the rear of the spaceship, coming at you with intergalactic bleeps, zaps and back cracking rhythms made for getting down. 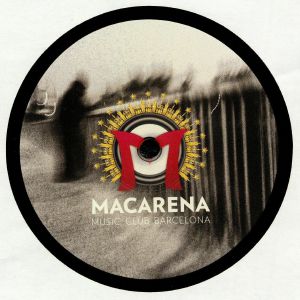 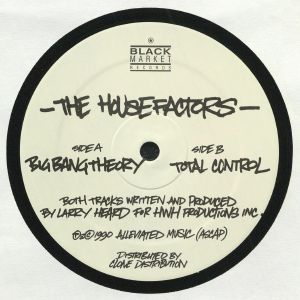 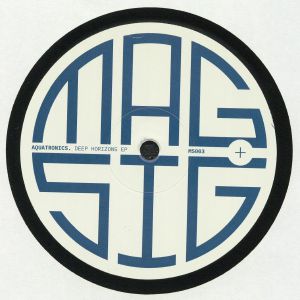 For their third release Magnonic Signals have recruited Aquatronics, a producer whose previous releases show off a penchant for electronics that steer towards a drexciyan sound palate and ethos… The EP kicks off with (+) Wave Gliders a bubbling electro burner with deep warm pads and fizzing 808 drum programming accompanied by thick hypnotic melodies, really sets the tone. (++) Ocen Myst takes us deeper into the abyss with a wonderful low end and glassy synth lines taking centre stage, beautiful and sorrowful electro. (-) Deep Horizons, the title track, is the kind of electro that takes you on a journey through the depths of the pacific ocean, lush warm pads and synths lines full of emotional content, wrapped masterfully over snappy snares and shimmering hi-hats, this track has it all. (- -) Twilight Dive closes the ep in great style, a fat low end over a cracking 4/4 to create a superb electro/techno crossover, a track that is sure to set dancefloors alight. From start to finish this is an EP of pure electro bliss and not one to miss. 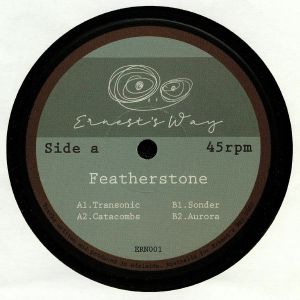 New imprint Ernest’s Way delivers its first offering with a debut release from Australian based artist Featherstone. The A-side of this four-track EP offers two highly effective dancefloor cuts that ride the line between many diverse influences of electronic music ranging from acidic electro to the early roots of techno. The B-side follows up with two deeper, heavily emotive tracks that drift into an uplifting, euphoric and dreamy atmosphere whilst remaining complimentary to the driving rhythms that open the EP. 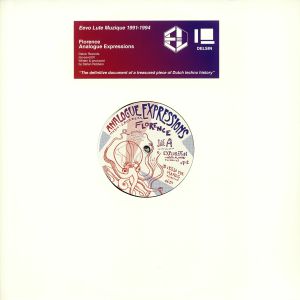