Top of my list is Khidja. Andrei Rusu and Florentin Tudor are the two men behind the DJ & producer duo from Bucharest. They are at the forefront of the Romanian electronic music scene, pushing things forward with every release. 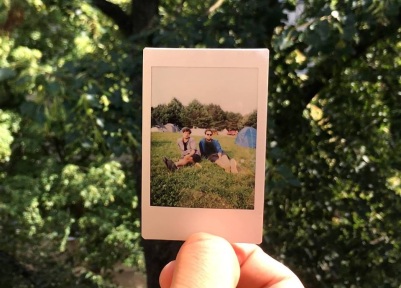 Last year they made their Hivern Discs debut, providing a darker sound for John Talabot’s label. 2017 was a great year for them with gigs at Primavera Sound Festial in Barcelona, Atlas Electronic Festival in Morocco, in Tokyo and almost everywhere in Europe. They also had a guest podcast on XLR8R.

Production-wise, they had also a good year. Besides the debut on Hivern Discs, they had a new release on Malka Tuti with remixes from Tolouse Low Trax, a collaborative release on P-Balans with fellow Romanians Delusion Men, a track on Correspondant, a remixes on Lurid Music and a remix for Virginia on a collaboration between Dark Entries and Emotional Rescue.

One of their best works up to date is the remix they did for Borusiade, released on Cómeme last October. Their sound has shifted to darker soundscapes, opening new perspectives for them in the future.

Speaking about Borusiade, she had again a great year. 2016 was really good for her, becoming one of the nice surprises coming out of Romania, and she continued on the same road in 2017.

Since joining the Cómeme rooster and becoming a resident at Radio Cómeme she started to get gigs all around Europe. In 2017 she joined also RBMA in Canada and had appearances at Red Light Radio and Dekmantel podcast, just to name the most important.

Last year, her second Cómeme release came out and a remix on P-Balans for Khidja and Delusion Men, but her most spectacular appearance was on the Minimal Wave sublabel, Cititrax. Veronica Vasicka, the label owner of Minimal Wave and Cititrax, already played tracks from Borusiade’s first EP on Cómeme, so it was not a surprise to see Borusiade signing two tracks for Cititrax.

To close the cycle, next I will present the duo Delusion Men from Bucharest, Camil and Ion Dumitrescu (they are not relatives). 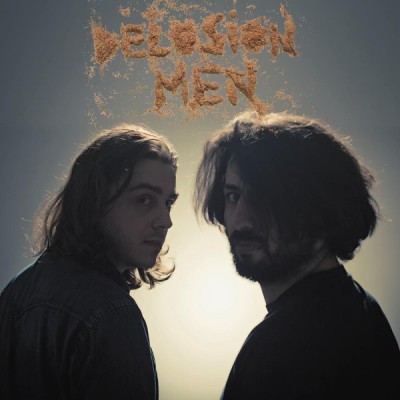 Delusion Men appeared in 2015 on Future Nuggets, label coordinated by Ion. In 2016 they started the sublabel P-Balans as a platform for dance floor oriented music. In the 2 years since it’s birth, P-Balans had four releases with tracks and collabs from Ion, Camil, Khidja and Borusiade, in different combinations.

Delusion Men released last year their debut album on Future Nuggets and had an EP on P-Balans, in collaboration with Khidja and including a Borusiade remix.

Camil is known also for his personal project, The Holy Fix, but in 2017 he had no new material. He had some live appearances in Bucharest, Vilnius and Berlin (where he is currently located), so we should expect some news from him.

Andrew Red Hand is an untypical artist. Music for him is a religion and he is guiding himself after the Underground Resistance code. He is living in Iasi and after staying for 20 years in the anonymity, finally 2016 was a breakthrough for him. In 2017 he had more gigs, in Berlin (Tresor and Griessmühle), Stockholm, Cyprus and Romania, but still he is an underdog.

Here is the recording of his set from Tresor, from late April last year.

I also had the pleasure to meet him in person, with the occasion of booking him for an event at Gazette in Cluj. Last year, he had his second release on M>O>S Deep.

Cosmin TRG is by now a world renowned DJ and producer, playing at the best clubs in the world Shelter Amsterdam, Fabric London, Berghain Berlin or Arma Moscow. He is running the labels Fizic and Sportiv, where he is releasing music by himself and other Romanian artists. Elsewhere he had released tracks of remixes on Aula Magna or Semantica.

In 2017 he started his own night in Bucharest, called Club Sportiv, with guests like Efdemin and Ron Morelli.

Șerb aka Șerban Ilicevici, born and raised in Craiova, was playing the guitar in the punk scene around 2010. In 2014 he joined Listen2Me, a label oriented towards more drone/ambient side of techno. In 2017 he had a release on Cosmin TRG‘s label Fizic.

He was a hero of the third episode of Black Rhino Residency, a joint venture between the industrial sound of Dream Diggers and Șerb techno oriented sound.

There was not much going on at Listen2Me in 2017, so I hope to see more in the future.

Romansoff, owner of Raw Tools, was not so active in 2017. Production-wise he had just one release on the second label of Cosmin TRG, Sportiv. His label Raw Tools had two releases last year, but only from foreign artists (Kord and Margensii).

Next I will talk about a few Romanian DJs & producers active on the minimal/micro-house scene, of which Romania is so known about. There were some releases last year that I liked and I’m going to add them here.

First is Inhere, a collective of like-minded artists based in Bucharest. I know nothing about them, but their first release is quite good (they have two releases).

Next is Jay Bliss, an old friend from Sibiu, now living in Bucharest. Since he moved to Bucharest, he started to release some good music on his labels Stomping Grounds and Vade Mecum. 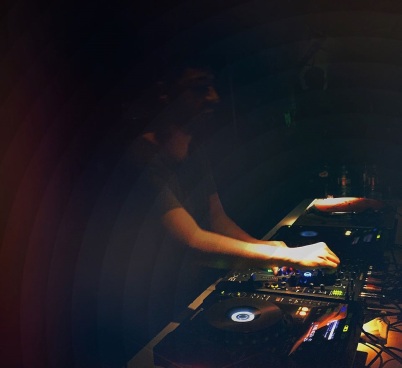 Last year he released his the debut longplayer, on his own label Stomping Grounds. Lush and organic pads, playful textures and attention to details are the building blocks of this introspective work. Not really the kind of music I would like to hear on the dance floor, but I like it in the right atmosphere.

On his second label, Vade Mecum, I like a release from Glueped, a collaborative alias of Mihai Mihalcea and Cristi Tudorache, better known as Teluric and Melodie.

Petre Inspirescu, one of the “gods” of the Romanian micro-house scene. He is one third of [a:rpia:r], the ensemble that triggered the birth of a gender in the electronic music in the last decade and made Romania known around the globe. I’m not a fan of their music and hype, but besides that Petre Inspirescu aka Radu Bodiu is a really talented musician and you can hear this is his latest ambient/experimental album ‘Vîntul Prin Salcii’, released on Mule Musiq.

In Romania the minimal house is stronger than ever, but luckily there are some people that are also into other kind of electronic dance music and more and more artists contribute to our little scene. Party wise, there are more promoters who are willing to take risks and invite artists that we like. Regarding clubs, the offer is not so rich. Kran sadly closed it’s doors after less than one year from

the opening, but the guys running the club are still doing parties in other venues, mainly in Club Eden (a club known mostly for the minimal house events).

Rokolectiv Festival is still the best event for us in Romania. Last year they had Maoupa Mazzocchetti, Delta Funktionen, Silent Servant, Lena Willikens and Inga Mauer.

One of my favorite places is Gazette club in Cluj. A small room in the old cellar of the Autro-Hungarian

fortress on top of the Cetățuia Hill, next to the city center. They have a diverse line-up and sometimes there are really good artists. In 2017 they had Tevo Howard, John Shima and Stojche and we have a good collaboration with the Gazette crew, booking John Heckle, An-i aka Lee Douglas and Andrew Red Hand in 2017.

Some interesting DJs to be looking for are Dannilov from Gazette, Marius Georgescu or Scoro from Bucharest. Scoro will play for us in Sibiu for the first time on the 20th, so don’t miss this.

One thought on “Top Romanian Producers of 2017”