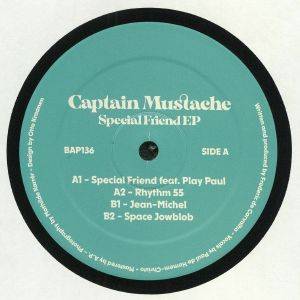 Captain Mustache is a DJ and producer with some fifteen years as a label manager. He arrives on Bordello A Parigi with a unique blend of electro spiked disco. The Parisian lands with a four tracker guaranteed to leave bodies and speakers aching with joy. Teaming up with Paul Play on vocals, “Special Friend” is a purely nocturnal affair. Smokey words sail above crisp percussion as laser beam synthlines lance a haze of early morning light. “Rhythm 55” is built on bold beats, the Captain slowly unfurling a sparkling melody that glimmers and shines next to burbling acid-tinged bass. A generous introduction gives way to toms and snipping snares for “Jean-Michel”, a beautiful tribute to synthesizer master Jean-Michel Jarre. Bright and clean, the track is steeped in a future-gazing optimism that palpably echoes through its vocoder. “Space Jowblob” brings our odyssey with Captain Mustache to a close, astral chords and beaming bars washed in starlight. 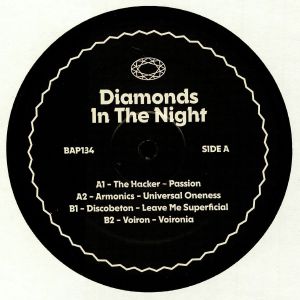 END_OF_DOCUMENT_TOKEN_TO_BE_REPLACED

For his latest release on Bordello, Uabos builds on his past sound while folding new elements into his layered style. “Shadow” is the eponymous introduction, a track that sways between dawn and dusk, light and dark, as it dances between bright addictive keys and twilight tones. That search for contrast is carried into the thick beats of “Egoland”, beats countered by cascading notes that slip and slide from sweetened funk to devil-may-care debauchery. Industrial undercurrents and greying skies arrive with the Chicago inspired fuel that is “Elevator.” The curtain fall comes in the aptly named “Emotion.” A supremely powerful piece of snapping snares, full-bodied bass and cutting keys for a terrific finale for a terrific 12”.

From the whimsical resonance of the title piece, a sonic pathway through a verdant soundscape is laid. Gentle melodies caress and embrace before the road bends into shadows filled with dramatic twists and unseen dangers. Romantic moments are juxtaposed by triumphal chords and daring drums signalling immediate panic or outright victory. This is a woodland of divergent emotions, one where sounds give way to feelings and where Heinrich Dressel is the piper leading his followers through what can only be described as an unforgettable journey.

For more than half a decade Alexander Dorn has shaken electronic sounds, stirring shapes and forms as Credit 00 that adhere to few genre tags. His Bordello A Parigi debut is no exception. The alumnus of Uncanny Valley and Ratlife arrives with four tracks under the banner of The Cosmic Funk collection. Drawing on a spectrum of influences, the Leipzig based musician melts reimagined house with broken beats, blends Eastern acid aromatics with jazz abstractions and achieves a sound that is stunningly unique. Within this sonic cocktail you’ll also encounter dashes of samples, a peppery head of 90s anthems and a liberal glug of freestyle funk. A one of a kind record from a one of a kind artist. 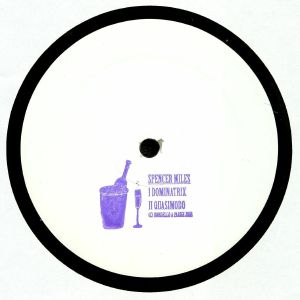 Spencer Miles’ debut on Bordello A Parigi with two hard banging electro-disco tracks to wreck the festivals and clubs this summer.