A few Highlights from the sessions Leron recorded in 1987-88 when he was fifteen or so. China Trax, featured on SS012, came from these sessions. These were hand made, meaning no sequencing was used for the keys on any of the songs featured, using cassette tape overdubs, a lost science. Omar-S touched up the material from those cassettes for this release on vinyl.

Delroy Edwards with a new album “Change The World” on his own label L.A Club Resource. Old school Chicago inspired house tracks that remind of Joe Lewis and Larry Heard.

One On One Crew are Leslie Lawrence & Danny Arno. They experimented with various styles and directions with the aim of creating different music; a deep house sound. There are strong influences from Detroit and Chicago, but still with an unmistakable London style and identity. Both tracks were produced in 1989, and this is the first time either are released on a full length 12”.

José Cabrera is back with A Harmless Deed. Madrid’s finest lines up five absolutely slammin’ Chicago-house weapons at the end of the year.

Lost Trax pops up at Delsin once more. It’s their second EP with new material on Delsin after their Surface Treated EP from 2019. On Mind Over Matter, Lost Trax steps in the world of old school pre-nineties jackin’ Chigaco and Detroit sounds. Four tracks filled with razor sharp 303s, bubbling FM-basses, jacking drums and offworldy emotive melodies, making this an excellent pack for the late nights.

Brilliant album from the legend LeRon Carson on Sound Signature. Raw dusty early Chicago flavored house. LeRon Carson is one of the many unheralded but still legendary producers out of the American Midwest. His next move takes him to Theo Parrish’s mighty Sound Signature for a new album of his textbook dusty drums and lived-in house grooves. Of course, they are all linked in some way, left of centre of experimental in how they are assembled. That’s the case right from the off with the scruffy drums and twanging synth lead of ‘Under The Conditions.’ What sounds like a speech from Martin Luther King is sampled on ’72nd & Oglesby’ over a sweet of raw, tense beats and elsewhere the bittersweet synths of ‘Bismarck Nite’ strike a different but equally powerful note.

Jerome Hill returns to the label with a solid 4 tracker to mark his fourth EP on the label. Each track offers something different, the crispy and playful minimalism of ‘Mind Goes Blank’ pairs up with the wistful crunch of ‘Knock Knock’ on the Aside, while things take a decidedly more ACID approach on the flip beginning with the big boned banger of the EP ‘Bombing With Imase’ and culminating with weaving 303 lines sets against strangled otherworldly transmissions in ‘A Million Ways To Get ill’ .

Originally released on Resound Records, a one-off subsidiary of the classic Gherkin imprint in 1990. The title track is a deep hypnotic 12 minute ride through the Chicago underground. On the flip are the smooth & emotional ‘Isolation’ and the euphoric rush that is ‘Silent Noise’. Timeless Chicago House Music.

Northern powerhouse Perseus Traxx is on spaced out form with this four-tracker celebrating ancient Greek mysticism. Basslines as deep as sunken treasure, acid that’s worthy of the psychedelic origins of its name, and synths that spin off into infinity make up an uncompromising, mesmerising EP.

Dark Entries is again presenting an essential classic: the Chicago house anthem Essence of a Dream, by Risqué III. K’Alexi Shelby’s illustrious career has included releases on legendary labels such as Trax, DJ International, and Transmat, as well as collaborations with high profile artists such as Marshall Jefferson and Pet Shop Boys. But his musical journey began at the young age of 12, when he befriended Ron Hardy and Frankie Knuckles while frequenting the Music Box and Warehouse. In 1987, Shelby’s first solo release, Risqué III’s “Essence of a Dream” b/w “Risqué Madness,” was to be cemented in Chicago dance history. He was accompanied in the studio by his cousin and production mentor, Mr. Lee. The tracks effortlessly propulsive house rhythms (courtesy of the Roland TR-727, TR-707, and TR-909), salsa-inflected bassline, and oneiric strings fuse magnificently with K’Alexi’s steamy, Prince-esque verse. 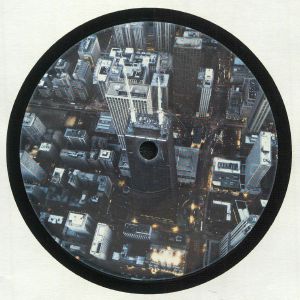 New vinyl piece from Italian label named Tales. Featuring four Chicago producers that span 3 generation. This release represent a taste of the many sounds of Chicago: blending house with acid, moving along with the sublte, and making sounds full with less. Chicago is the promised land, four stories from where it all began featuring Gene Hunt, Ed Nine, G Marcell and Hakim Murphy. 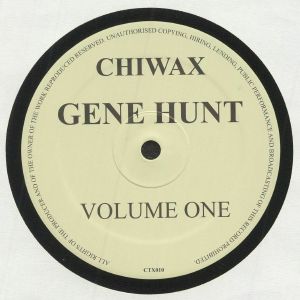