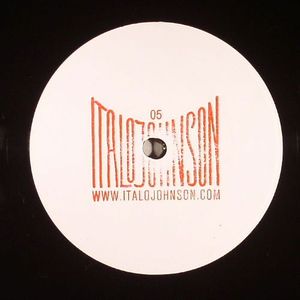 The fifth release from the mysterious Italojohnson on the producer’s eponymous label breaks with the established mould in some respects, downsizing proceedings to a double A Side 10inch which comes replete with a hand stamped Italojohnson logo. The music however, is still resolutely focused on the signature Italojohnson sound both tracks untitled and demonstrated an uncanny mastery of solid basslines, sharp and well judged drumming, deft vocal edits and mind bending FX. The A Side adopts more of a DJ Tool poise, with its groove led by that swooping bass line whilst the flip shows Italojohnson equal ease for crafting a proper house track. There’s even an Italojohnson sticker for the real fans