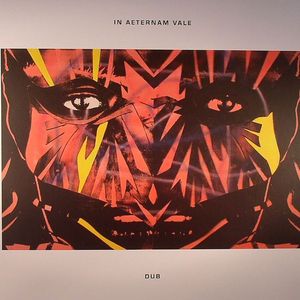 Minimal Wave return to their self-professed “First French love” In Aeternam Vale with a second LP-shaped trawl through the band’s sizeable archive of cassette only releases. The Brooklyn imprint first introduced us to the work of the hugely prolific Lyon band with an eponymous LP of remastered material in 2009, and Dub Under Brightness proves to be just as important a release. The label points to an article on the band originally published by the Douche Froide magazine in 2002, where the journalist nails their appeal in the opening gambit – “There are bands that have been acting ruthlessly in the shadow for years, in a completely confidential manner, then one day chance (but does chance exist?) makes you find one of their recordings, listen to it, and at that moment you could kick yourself for not having discovered these soundscapes earlier and you try to find all of them”. If you haven’t indulged in the sounds of In Aeternam Vale yet, this eight track selection makes for a perfect introductory primer.