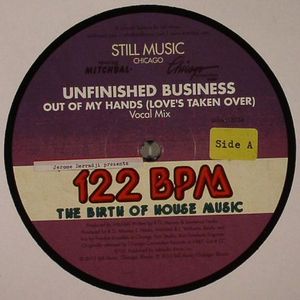 ’This outstanding 12″ was produced by the legendary Frankie Knuckles and is a remix of “Out Of My Hands (Love’s Taken Over)” originally from Chicago disco band OMNI featuring vocalist Connee Draper. This record has been hammered at the Powerplant by Frankie, The Music Box by Ron Hardy and is the stuff of legend (ask Dj Harvey). This is House Music in its purest form. And to make the deal even sweeter, we’ve remastered all the tracks from the original tapes and added the two OMNI original versions on a nice D12″.’