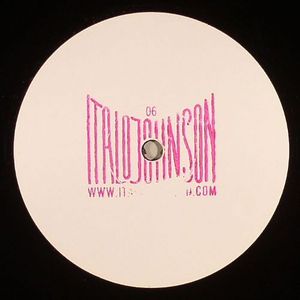 Keeping with tradition, the second ItaloJohnson release of 2012 once again presents itself in the likeliness of a 12inch Wax with three tracks. The one-track mind repeats the same funk-nationalistic character of ItaloJohnson and once more shows its simplicity. The first track is also known as “Bootytrack”. This track always pushes the low end to the limit and under the right circumstances guarantees some hip swing. Number two may sound familiar, but even if you don’t know its rootz, you’ll still be down with each other.