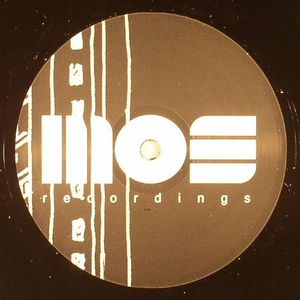 After his excellent and well-received Coded Emotion EP on the MOS label in late 2011, analogue fetishist Perseus Traxx returns for another MOS outing. It finds the producer in similarly classic mode, exploring the deep down depths of house and techno in his own fuzzy and hugely atmospheric way. ‘Gorgon’ has widescreen synths, tightly coiled synth lines and jagged beats all tussling with each other, whilst ‘Poseidon’s Monster’ is about chattering claps hanging above a synth line that twists and turns, implodes and explodes at whim. It’s focused and forceful at the same time as sounding some how human. On the flip, ‘Return To Seriphos’ is another dense soundscape, but one that invites you into its core thanks to the freeform analogue lines, contrast of rough with smooth and generally classy Chicago vibes. ‘Stranger Shores’ is less troubled and more reflective with bright melodic chords glowing from the centre of the track as warbling, swollen sub undulates all around them.