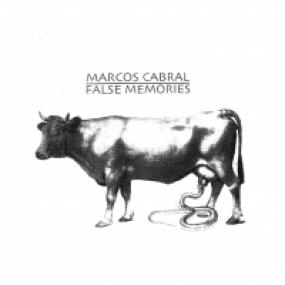 A huge departure from his known works, Marcos Cabral appears on L.I.E.S. with his most dynamic and experimental work to date. Compiled from various cassette tape recordings spanning the years of 1998-2000, here we have the early experiments from an accomplished producer, which showcase the unharnessed energy of youth when it crashes head on with the technology of the day. The songs created by Cabral reflect his attempts of the music of the time falling somewhere in between techno, dub techno, IDM, and even noise. An engaging and timeless listen the whole way through.

“I recently found about three hours of my unreleased tracks from 1998-2000 on old cassette tapes. The collection that I set aside for LIES is pretty much all from 1998. During that time, I lived in upstate New York in a 3000 square foot loft with just one other friend. Both being DJ’s we would use our loft for fairly large parties… Cajmere from Chicago definitely being a highlight. I knew nothing about ‘making’ music at this time and was using this fairly primitive wav. looping program called Acid. I just started recording my crappy Roland MC-303 into my computer and would just mash loops together over and over. Listening to these tracks now, I have a really vague memory of making them, and feel that their naive nature and the happy accidents that happened here are pretty exciting to listen to.”