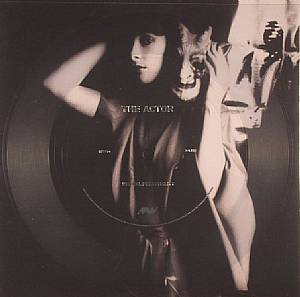 The Actor is a well known but simultaneously quite obscure minimal wave project that emerged from the Dutch home taping scene of the early 1980s. The duo was formed by Marcel Reimer (vocals, keyboards) and Sander Horsthuis (keyboards) in Breda, The Netherlands in late 1981. The track featured on this flexi-disc, ‘Unreal Personality’, is the opening track of ‘Exploded View’ and the archetypical The Actor song, with lyrics directly referring to the band’s name. The song was recorded during the summer of 1982. The equipment they used was the Korg MS-20, Crumar Performer, Casio VL-Tone, and Soundmaster SR-88 drum machine.