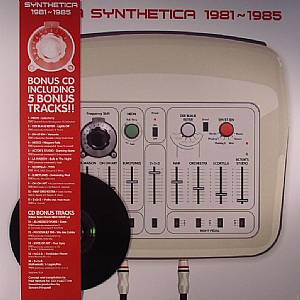 This LP + bonus CD features the entire track listing, plus 5 bonus tracks from the Italia New Wave LP. This album represents the musical mutation that occurred after the post-punk hangover gave way to more frigid emotional shores, in-line with the synth-wave moment that was sweeping Europe and the white cliffs of Albion. This scene flourished in Italy between 1981-1985, and the musicians that came out of it are still revered today (particularly in the US). Robotic rhythms and intuitions that, besides sharing common ground with the electronic movements that had come before, also knew how to fill up the dancefloor! Featuring four previously unreleased tracks by Der Blaue Reiter, along with tracks by Modo, Actor’s Studio and La Maison, as well as the still fresh sounding contributions by true pioneers of the genre Neon and Naif Orchestra.