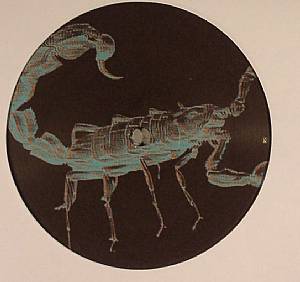 The last time a newcomer graced Theo Parrish’s Sound Signature, it resulted in widespread praise for the Flowers EP from London based producer, DJ and singer Andrew Ashong, somehow we get the feeling this latest release on the label will prove to be as memorable. The Scorpio Rising EP sees Parrish look much closer to home and grant the DC-born, Detroit-bred producer Jay Daniel his debut release and the four track 12″ more than lives up to his billing as one of Boiler Room’s most exciting new discoveries at DEMF. Wild Oats obsessives will probably know Daniel from the Fundamentals residency shared with Kyle Hall and he’s clearly spent some time honing his Detroit influenced craft, with cuts like “No Love Lost” expertly balanced between melody and rugged drum grit. “Brainz” is the kind of no-nonsense DJ tool you might have heard on a FXHE B Side circa 2008 whilst “I Have No Name” demonstrates Daniel is eminently capable of the sort of hope inducing Utopian house from the D that the much missed Aaron Carl was renowned for.