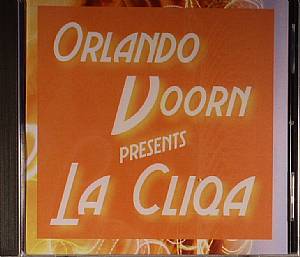 Vital Force is proud to present the new album from the legendary producer Orlando Voorn. A hip hop fan since the 80’s, Orlando used his unique scratching skills to win the Dutch DMC DJ championship in 1986. It was clear he always had a true love for all things Hip-Hop. Orlando has also traveled the globe as a Techno DJ during which time he regularly hooked up with many talented MC’s. Voorn began to compile the music created in these sessions which started way back in 2000. The various collaborations resulted in the album La Cliqa. The album represents the best in fluid, clever lyricism and a production style which sounds fresh and contemporary while giving an unashamed nod to the hip-hop golden age of the early noughties. In his career which began almost three decades ago, Voorn has used many different aliases and produced an abundant amount of styles of music but it’s his Detroit Techno/House productions that have gained him the admiration of the electronic music scene. With the release of ‘La Cliqa’ Orlando hopes to introduce his sound to a whole new audience.