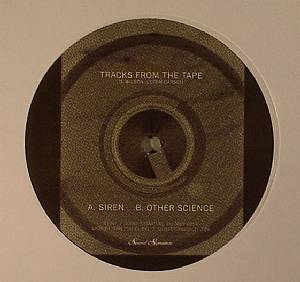 Sound Signature completists will be rubbing their hands with a sense of relish at the label’s 42nd release as it sees more material drawn from the late 80s archives of Leron Carson. Back in 2001, Theo Parrish introduced Leron Carson’s work with “China Trax” which sounded like the uncovered cassette recordings of a deviant Robert Hood. Carson’s busted lo fi productions from the same era were later given a more extensive airing on the double plated Sound Signature issue Red Lightbulb Theory ’87-’88 and this third appearance on the label draws from some recordings made in collaboration with the unheralded D Wilson. All Sound Signature will offer by way of description is “This was Southside Chitown ’89. If you weren’t there you weren’t there…. lots of underground unreleased music circulated on the Southside on maxell and tonemaster tapes from Walgreens – 2 dollars for a pack of eight” For our money both “Siren” and “Other Science” can be compared to the twisted, grainy freeform acid Jamal Moss makes.