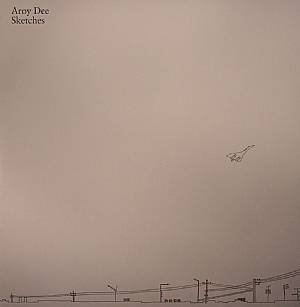 After more than a decade of releasing raw and emotional house music, Dutch producer and architect Aroy Dee is about to drop his debut album on his own M>O>S label. The man has established himself as someone who creates misty analogue music that nods to a Chicago heyday at the same time as coming imbued with plenty of its own deep emotions, mystic melodies and jacking beats. His M>O>S label has become a go-to outlet for fans of no nonsense house and that tradition continues on this full-length album. Incidentally, M>O>S stands for Muziek Over Steden – Dutch for ‘music about cities’ – because Dee has a close tie to buildings: during the day he works as an architect so has an unrivalled grasp of space, structure and urban environments that surely translates into his well built house music, and more specifically into this debut album. Made with the same hardware that defines the rest of his discography, including his first synth, the Poly 800, which he bought from his friend NWAQ, Sketches is a truly idiosyncratic project.

“For me, my musical output and development feels like an on going history of my life. In this perspective I worked steadily over the last two years on my first full-length album, Sketches. It’s a very personal document, not intended to make anybody happy but myself, which is why it has taken so long. It’s like a diary or ghost-script written about a part of my life and my fascinations, honoring my biggest musical inspirations.”