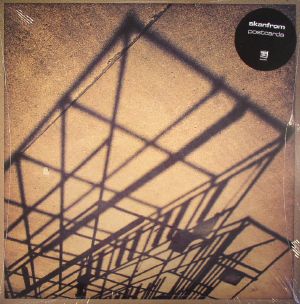 Skanfrom is Roger Semsroth, best known for his purist minimal techno project Sleeparchive. Skanfrom first appeared in the late-90s, releasing limited edition 7”s on his own A.D.S.R. label, part of a small movement of DIY labels influenced by the melodic, experimental electronica output of labels like Rephlex, Skam, and Warp. Skanfrom found a likeminded home in Suction Records, who were releasing records by Solvent and Lowfish with many of the same musical references. In 2002, Skanfrom released his debut album on Suction Records, ‘Hand Picked Fragments.’ A lot has changed since 2002, but in Skanfrom world, 2014 is very much the same. ‘Postcards’ is full of the same pure and melodic electro(pop) that made Skanfrom so special from the start.