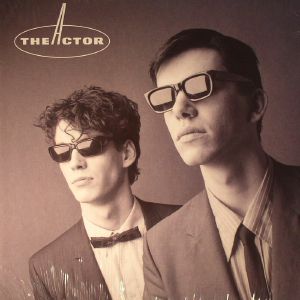 Mannequin Records announce the reissue of one of the most important Dutch Wave bands The Actor, with their seminal 1982 tape “Exploded View”. “In the beginning of the eighties, a new phenomenon emerged: home taping. This way of recording resulted in a lot of noise. But that was less important then getting one’s music out to the public. A well known label for cassette bands in those days was the dutch Trumpett Tapes. They were the first to publish the music of The Actor, who became their top selling cassette band in 1982 and 1983. The Actor’s first release was Exploded View in 1982. The songs – sung both in English and German – often related to fashion, modernism, dancing and appearence. This made The Actor “quite fashionable.”