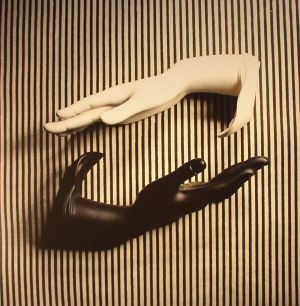 ‘Depersonalisation’ is the first time the band have turned over the production duties to somebody else. That somebody was Australian iconoclast Nigel Lee-Yang of cult band HTRK, whose known for his distinctive musical vision. Having approached the band after hearing their self-released ‘Vacation’ single, which was recently re-released by Los Angeles label felte, Nigel set about mixing the album in his Sydney home-studio over a labour intensive nine-month period between mid 2013 and early 2014. The results are rich with characterful sounds. Deftly crafted and sonically diverse, within the nine tracks you’ll find noisy percussion, jangly guitars, potent bass and hypnotic synthesisers, all polished with Lee-Yang’s signature electronic sheen.

Poetic and personal, you need only to listen to the record’s lyrics and atmosphere to understand where the title ‘Depersonalisation’ comes from. Recurring themes include disassociation of reality and dissipation of love, with Venzin’s understated and at times unsettling vocal delivery almost as hard to forget as the album’s unique mood.