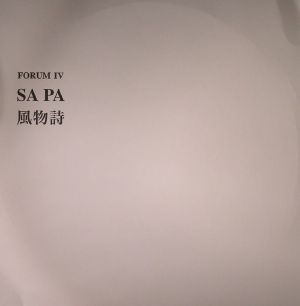 There’s something decidedly mysterious and otherworldly about this fourth release on Giegling’s Forum sub-label. As usual, they’re not giving much away, and to make matters worse the artist at the controls – the previously unheard of Sa Pa – is a debutant. Happily, the music – a mix of crackly, fizzing, minimal-influenced experimental techno, ambient and weirder, dub-flecked explorations – speaks for itself. Fuubutsushi is an impressively atmospheric and off-kilter affair, with Sa Pa paying much attention to the tiniest of details (see the intricate sound collage that forms the rhythm track on the bleak “Tagularius”). If this is indeed Sa Pa’s first outing (and there’s a suspicon it’s an alter-ego, given the quality of the production), it’s rather impressive. A poet’s reminder of a specific season.