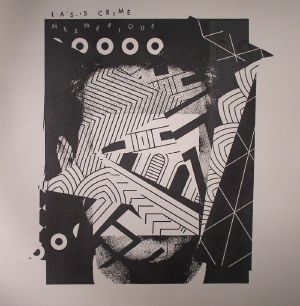 Lord Arthur Savile’s Crime, or simply known as L.A.S.’s Crime around the digging circles, were an Italian cold wave duo who formed at the tail-end of 1984 and produced a timeless bunch of EP’s and LP’s which have become heavily sought after in the last few years. Luckily, Spain’s excellent Domestica label have herein compiled the very best from the duo, an eleven track showcase of the band’s top productions from the years between 1985 and 1989. As you’d expect, the bulk of the compilation is made up of fast-paced drum machines patters glazed in the era’s melancholic sound, where winding, lonesome vocals glide and wash over the Kraftwerk-style beats. There are even bursts of early electro within, such as the gnarly “Five Lies”, and more experimental moments like “Dark Orris” or the EBM-charged “Flax Girl Room”.