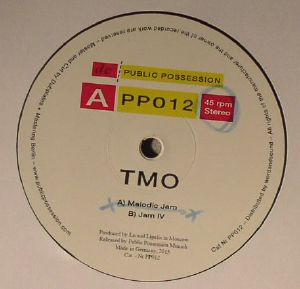 Munich purveyors of fine new wave Balearic are it again with a release this time with TMO (aka Moscow’s Lepelis who has previously appeared on L.I.E.S. and 303 State) with the Insomniac EP. First track “Melodic Jam” sounds like a disturbed cover of Frankie Knuckles “The Whistle Song” albeit with some epic mono-synth spitting out the melody instead, soon turning into gnarly acid. On the flip we have “Jam IV” which goes for a more lo-fi, dusty deep house vibe. A dark and paranoid after-hours jam whose slow burning glory turns into snarling acid euphoria just like the track before it.