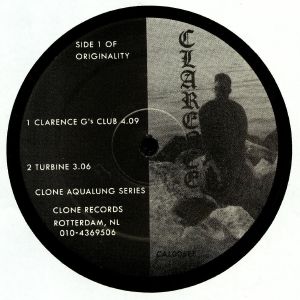 Before his untimely death in 2002, Drexciya member James Stinson recorded a number of killer solo records. Hyperspace Soundlab, initially released in 1991 and credited to Clarence G, is undoubtedly one of his best. It’s long been something of an in-demand gem, with copies changing hands for several hundred pounds. Here, Clone have done us all a favour and given it a much-needed reissue via their Aqualung series dedicated to all things Drexciyan. As you’d perhaps expect, all four tracks explore the Detroit elecro sound Stinson did much to develop, with the producer adding his own rap vocals to the killer “Clarence G’s Club”, and the ghetto-influenced bounce of “Cause I Said It Right”. Elsewhere, “Turbine” is an exercise in industrial-tinged drum machine abuse, while “Data Transfer” sees Stinson doffing a cap to classic Chicago acid.