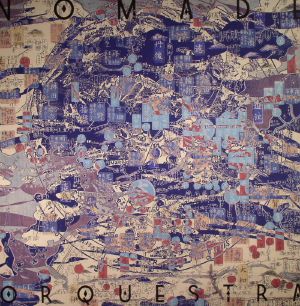 Nomade Orquestra came together in Sao Paolo in the year 2012, though they could just as easily have emerged fully formed into our world from a mystical land where spaced out jazz soundtracks daily life and the passing of time is rhythm and groove… such is their elusive, ethereal yet highly accomplished and deeply funky otherness. The time is ripe for ten of the most talented and daring musicians working in Brazil today to deliver their fully formed debut. Effortlessly weaving through the disparate sounds of Brazil’s diverse musical diaspora, the group describe themselves and their shared project as ‘the point where different musical expressions and strands meet and interact in a unique way.’ From funk and soul to Afrobeat, Ethio-grooves, dub and hip hop, their sound remains firmly anchored in the world of jazz while taking off to the cosmic stratosphere and incorporating electronic elements, alongside traditional Brazilian styles along the way