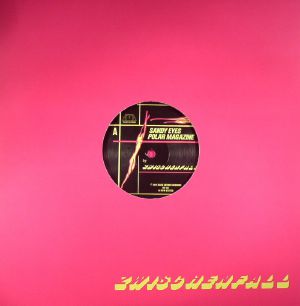 Zwischenfall formed in Belgium in 1982 with Michael Sass (synths), Martin Urban (bass/vocals) and Stephan Kraemer (guitar/drums). They were united by their interest in combining electronic and traditional instruments, which developed the basis for 1982 demo recordings. By chance Patrick Codenys of the Belgian electro pioneers Front 242, heard two songs and decided to record a 4-song EP. The “Heute” EP was released in 1983 after a week of recording in Front 242’s private studio under the direction of sound-whiz Daniel B. In 1984 Martin Urban left the band and was replaced by vocalist Iben Larssen and bassist Thomas Kürsten. They recorded their second 12” single, “Sandy Eyes”, which contained a remake of their song “Fluct”, sung in the English this time. Some fairly revolutionary techniques were used, including the introduction of sampling (with an Emulator I and Ensoniq Mirage), and ‘gated reverb’, in which the sound of a large reverb room was processed through a Yamaha CS15’s envelope follower. This record was originally released in 1984 on both Les Disques du Crépuscule and Fuzz Dance, packaged in three different covers. The reissue EP features two bonus tracks from the 1984 recording sessions previously unreleased on vinyl: the saxophone drenched instrumental “Polar Magazine” and street beat dance track “Sacred Time”.