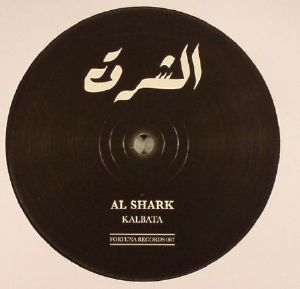 Fortuna Co-Founder Kalbata takes the controls for this new, Middle Eastern techno banger. Al-Shark is a banging Arab Farfisa excursion played frantically on an analog techno rhythm section. It’s the first release from the Fortuna camp which is not a reissue, but worry not, this could easily be an ancient Lebanese proto-House experiment unearthed from a dusty reel. For the B-side Kalbata takes things even further with a tribal relick of the original, placing us in a voodoo ceremony where ghosts of sinners come to dance.